It all happened so unbelievably fast. On the Friday before Memorial Day 2010, Trish Cartafalsa noticed that her 2-year-old son, Ryan, was having problems with his balance.

Less than a week later, he was diagnosed with a pediatric brain tumor, and having it removed at The Children’s Hospital of Philadelphia. 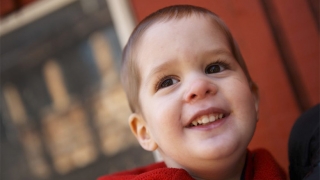 Like many children with brain tumors, Ryan needed radiation treatment in addition to surgery. His oncologist, Jean B. Belasco, MD, explained to Trish and her husband, Ben, that Ryan was a good candidate for proton therapy, an advanced form of radiation available through the Cancer Center at CHOP.

Proton therapy is much more precise than conventional radiation therapy, which can cause short-term side effects like nausea and fatigue as well as longer-term complications like learning difficulties and growth problems. All of these side effects can be especially pronounced for pediatric brain tumor patients, whose cancers often require an extremely high dose of radiation — and whose age makes them more susceptible to radiation’s harmful effects.

In fact, for some survivors of pediatric brain tumors who received conventional radiation, “the intellectual impact can be dramatic, affecting all aspects of day-to-day life,” says John M. Maris, MD, chief of the Division of Oncology. With the advent of proton therapy, he adds, “we are very optimistic that major side effects will be substantially reduced, and, in some cases, even eliminated.”

Ryan had 33 proton therapy treatments at Penn Medicine’s Roberts Proton Therapy Center, the first proton facility in the mid-Atlantic region — and one of the first that was designed with pediatric cancer patients in mind from the start. CHOP staff worked closely with Penn to develop the proton center, which has a child-friendly waiting room just for CHOP patients, and a staff that includes physicians, registered nurses, nurse anesthetists, child life specialists and anesthesia technicians from CHOP.

So far, the treatments haven’t slowed this energetic toddler down one bit. “He did really well,” says Trish, who kept track of her son’s side effects as part of a research study CHOP staff is leading. “I felt like every day I was circling, ‘He was normal.’”