Soon after Evan turned 7, his family acquired a puppy. Thrilled, Evan named her Paws. “He is very close to her,” says his mother, Jennie. “He considers her his furry sister.” A few weeks after Paws arrived, Evan began experiencing fevers and arm pain. These were the first signs of the shocking diagnosis that would cause him to be separated from Paws for weeks. 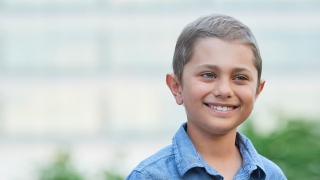 The mysterious fevers and pain were taking their toll. “He was using his left arm to hold Paws’ leash,” Jennie remembers. Since she and her husband, Mike, had volunteered at Children's Hospital of Philadelphia (CHOP) while undergraduates, they were certain that was where they needed to take Evan: “We just knew we had confidence in the quality of care he would get at CHOP.” So they made the drive from their home near Lancaster, Pa., to CHOP’s E.R. in Philadelphia. Now that CHOP’s second hospital, the Middleman Family Pavilion, has opened in King of Prussia, families like Evan’s needing emergency care have a pediatric E.R. that’s much closer to their home.

Evan was initially diagnosed with a bone infection and put on antibiotics, but 12 days later the fevers returned, so the family was back on the road to Philadelphia. An MRI of his lower back and hips revealed extensive bone marrow changes. Evan was diagnosed with acute lymphoblastic leukemia, admitted to CHOP and started on chemotherapy. 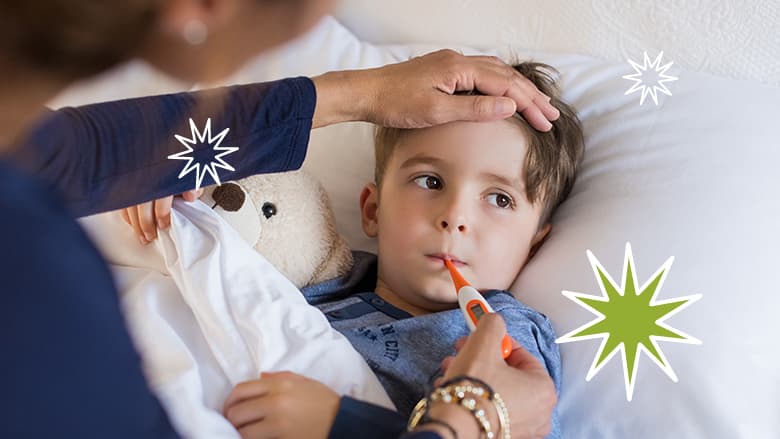 Caring for the Whole Child

At the Middleman Family Pavilion, Child Life specialists provide personalized care to meet the unique needs of children during hospitalization.

While in the hospital, he missed Paws terribly. He also hated the taste of his liquid medicines. A child life specialist helped solve both problems: Using individual cake-decorating sprinkles and then mini M&M’s, she taught him how to swallow pills, a skill that helped him be able to go home.

Just as at the Philadelphia hospital where Evan stayed, CHOP’s Middleman Family Pavilion is fully focused on the needs of kids and families. Child life specialists like the one who meant so much to Evan are at KOP to help children understand and cope with the hospital experience. There are also social workers to support families while a child is receiving care.

Nine months after beginning treatment, Evan started the maintenance phase of chemotherapy. Now 8 years old, he loves talking to his nurses about the Harry Potter books during his follow-up appointments. He cracks himself up quoting from the Pink Panther remake with Steve Martin. And — most importantly — he spends plenty of time cuddling with Paws.