As an operating room nurse at the Hospital of the University of Pennsylvania, Jennifer has staffed enough neurosurgery procedures to know the impact hydrocephalus can have on a person’s life. So, when her daughter, Laurel, was diagnosed with hydrocephalus while she was still in the womb, Jennifer turned to the best team to give Laurel the best chance in life. 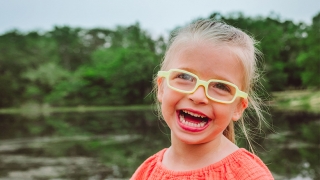 During a prenatal ultrasound at the University of Pennsylvania at 32 weeks’ gestation, Jennifer stared in shock at what looked like a black hole in her daughter Laurel’s brain. Laurel had suffered a massive brain bleed in utero. The brain bleed caused a buildup of fluid in her ventricles, known as hydrocephalus.

Jennifer is an operating room nurse at the Hospital of the University of Pennsylvania (HUP). Having staffed many neurosurgery procedures, she is all too aware of the effect hydrocephalus can have on a person’s life — from developmental delays to malfunctioning shunts.

Jennifer and Shih-Shan Lang Chen, MD, Attending Neurosurgeon and Director of Neurovascular and Neurotrauma at Children’s Hospital of Philadelphia (CHOP), have been close friends for years. After the appointment, Jennifer immediately contacted Dr. Chen for guidance and was put in touch with the team at CHOP’s Richard D. Wood Jr. Center for Fetal Diagnosis and Treatment (CFDT).

Hydrocephalus results in fluid buildup and enlargement of cerebral ventricles in the developing brain.

Based on a comprehensive evaluation of the fetus’s condition, the team in the CFDT — which included neurosurgeon Gregory Heuer, MD — created a plan to monitor the pregnancy multiple times a week for signs of fetal distress. Dr. Heuer collaborates with the CFDT team to improve outcomes of children suffering from conditions discovered before birth, including hydrocephalus.

Jennifer had hemorrhaged during the delivery of her oldest daughter. This put her at higher risk of hemorrhaging during Laurel’s delivery, so the team wanted her to deliver at HUP. After birth, Laurel would be stabilized and transferred to CHOP via a walkway that connects the two hospitals. Dr. Chen would then perform any necessary surgical procedures the baby required.

At each monitoring appointment over the next few weeks, the black hole on the ultrasound grew larger. At 35 weeks’ gestation, the team decided it was time for Laurel’s planned delivery. When Laurel was born, she let out a loud cry, and Jennifer and her husband, Chris, breathed a huge sigh of relief. Their baby was alive and well enough to breathe on her own. The first hurdle was cleared.

Laurel was taken to an adjacent room and stabilized, then she was placed on an isolette and wheeled to Jennifer’s bedside. Mother and daughter spent a few moments together before Laurel was carefully wheeled to CHOP’s N/IICU.

Once at CHOP, an ultrasound and an MRI confirmed that Laurel had significant hydrocephalus. Less than two days after birth, Dr. Chen performed surgery to place a shunt in Laurel’s brain. The shunt would allow the pressure in her brain to normalize by draining the excess fluid into her abdominal cavity, where it would be reabsorbed by her body.

Laurel struggled early on with feeding issues. After 16 days in the N/IICU, she was discharged home with a nasogastric feeding tube (NG tube). Three months later, she was already able to eat by mouth well enough that she no longer needed the tube. 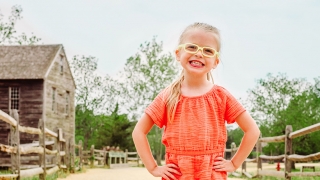 Laurel graduated from CHOP’s neurology follow-up clinic at age 1. She continues to be followed by CHOP specialists in ophthalmology, allergy and neurology. Jennifer has seen enough in her line of work to know that Laurel’s health could change at any time if her shunt clogs or breaks. She’s grateful that a team of experts is keeping close watch on her daughter’s health.

“We’re very privileged that CHOP is in our backyard,” says Jennifer, who lives across the bridge in New Jersey. “We know we are getting the best care.”

Now 4 years old, Laurel has had issues with her optic nerve and has gross motor delays and weakness in her arms and legs (known as hypotonia) as a result of the brain bleed. While she can’t run as fast or as far as her peers, says her mom, her language and cognitive skills are above average for her age. She articulates the health issues she’s faced with a blend of clarity, simplicity and childhood innocence, saying, “When I was in my mommy’s tummy, I had a brain bleed, and Shih-Shan fixed it.”

Laurel continues to work on her motor skills in physical therapy, and her family celebrates every milestone she makes — large and small.

“She’s an amazing kid, a ray of sunshine, always smiling,” says Jennifer. “She has been through so much, but you would never know it if you met her. She’s always so happy to see everybody, even when she’s in a bad mood."

“All of our kids are perfectly imperfect in all of their ways,” adds Jennifer. “I wouldn’t change anything about any of them. Laurel going through this has made her who she is. I believe that’s part of the essence of her.”