Stella suffered a life-threatening event at 2 years old, and was diagnosed with pulmonary hypertension shortly after. Now 10, she’s on a new treatment regimen of oral medications that gives her the freedom to live an active life.

Stella was a normal baby in most respects, hitting her key developmental milestones like walking and talking right on schedule. However, she struggled with growth and wasn’t eating well. Her pediatrician diagnosed her with failure to thrive, but couldn’t find a cause for her challenges with growth. Stella’s parents, Dawn and Carlos, did their best to enrich Stella’s diet, giving her high-calorie foods. But at 2, she was still below the curve on the growth charts.

A cardiac scare at 2

One morning when Stella was 2 years old, she suffered a life-threatening event. “She was jumping on the bed,” says Dawn. “She put her hand over her heart and said, ‘My body hurts.’ Then she passed out.”

Dawn called 911 while Carlos ran next door to their neighbor, who happens to be a pediatric intensive care doctor.

Once they arrived at the hospital near their home in Baltimore, a cardiologist performed an echocardiogram and diagnosed her with pulmonary hypertension. Stella’s arteries were constricted, reducing the flow and increasing the pressure in the blood vessels. Stella was admitted so that she’d have access to emergency care if her condition worsened, and she stayed in the hospital for the next 10 days. Her life was at risk without treatment.

During Stella’s stay, that same neighbor came to visit. She was researching treatment options for children and recommended the family contact the Pulmonary Hypertension Program at Children’s Hospital of Philadelphia (CHOP).

Dr. Hanna diagnosed Stella with pulmonary arterial hypertension, meaning her condition was advanced. She was admitted and he started her on a combination of drugs. A Broviac catheter, a thin tube that feeds through a vein to the heart, was inserted just below her collarbone to deliver the medicine directly to her heart.

Stella initially responded well to the treatment. The pressure in her pulmonary artery and connected vessels came down to healthier levels. She also started eating. As it turns out, the condition had played a large part in causing her to feel sick, reducing her appetite. Now that the pulmonary hypertension was being controlled with medication, she felt hungry for the first time. 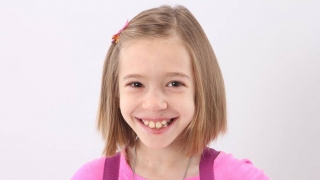 Before Stella was released from CHOP, Dawn and Carlos were trained on how to manage the Broviac catheter at home, including mixing and administering the medication. This required sterile gloves, syringes and various other medical supplies. Medication had to be added every 48 hours to a vessel connected to a pump, a process that took about a half hour.

Though the treatment caused some frustration for Stella and extra work for her parents, it was necessary to improve her health and save her life. She was also now eating well for the first time and finally growing.

Everything seemed to be going well for a few months, until that November when Stella developed an infection in the central line. She was rushed to CHOP and admitted to the Cardiac Intensive Care Unit. At first, antibiotics appeared to be bringing the infection under control, but things started to go downhill. The oxygen levels in her blood dropped to dangerous levels. She couldn’t sleep, even with a sedative, and her heart was racing.

Stella was extremely weak from the infection, and her heart stopped beating when the team tried to insert a breathing tube. She ended up on ECMO, a temporary heart-lung bypass machine, for five days. ECMO gave her heart and lungs a break while doctors monitored her closely.

After coming off ECMO, Stella was intubated with a breathing tube, and needed assistance from a respirator for a few more weeks, but she was past the worst of the crisis and on her way to recovery.

After Stella was breathing on her own again, she had to relearn some basic activities of daily life, including how to swallow, how to talk and how to walk. The time she had spent without a heartbeat also left her with a brain injury that affected movement on her left side. When she went home from CHOP in January, two months after being admitted, she was talking again, but not yet walking.

With therapy, Stella has regained almost all of the functionality she lost that winter, though she still walks with a limp and has to consciously work at controlling her left hand.

Freedom from the central line

Stella’s big breakthrough came when she was 8. She was doing well on the medication, and her team proposed her as a candidate for a trial of an oral version of the drug, called Orenitram®. She was approved, and switched to oral medication in January 2016.

The Broviac catheter was removed, and for the first time since she was 2, Stella could safely take a bath. She spent two hours in her first bath, and she still savors them. She quickly became a lover of swimming and water parks.

“Coming off the central line was the most amazing thing for us.” 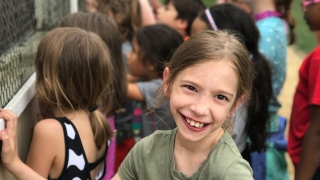 Stella, now 10, loves being on stage in theater productions, and has a special passion for Broadway musicals. She likes to tell jokes and make people laugh. She’s also doing well in school.

She also has the freedom to engage in activities that would have been difficult before. She’s a Girl Scout, and can go camping with her troop. In the summer, she spends a week at the Echo Hill Outdoor School (EHOS) Heart Camp for children with pulmonary hypertension. The all-volunteer medical staff includes physicians, nurses, therapists and psychologists.

Stella goes back to CHOP every three months for tests. “Stella loves CHOP,” Dawn says. “Everybody there is so nice to her. They know her. She feels really important when she’s there. When we go for the day, she’s always disappointed that we’re not ‘checking in.’”