When a bicycle mishap landed Clairianna in the Emergency Department (ED) at Children’s Hospital of Philadelphia (CHOP), doctors viewing her X-rays made a surprising discovery: The 7-year-old had been living with a dislocated radius for nine months. 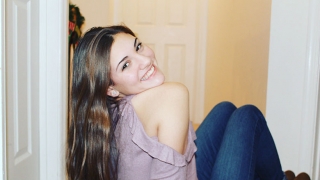 “It was a missed injury. She injured it from her first fall and it wasn’t fixed properly,” remembers Clairianna’s mother, Nina.

Clairianna was a first-grader in January 2010 and playing on the monkey bars at recess when she slipped, suffering a compound fracture of her left forearm. A local orthopaedist set the ulna bone in her arm, but somehow overlooked the dislocated radius. It doesn’t surprise her parents that Clairianna didn’t complain of discomfort — she has a high threshold for pain and, at the time, had been diagnosed with an expressive language delay.

The following September when Clairianna slid off her bicycle seat and caught her left arm in the handlebar brake, her parents noticed their daughter’s arm looked strange. They brought her to the ED at CHOP.

An X-ray revealed the dislocated radius. It would have been a relatively simple matter of popping the bone back into place had it been caught at the time of the break. But the ligaments around the joint had stretched over time. Clairianna would need surgery to repair her damaged arm.

The family was referred to Robert B. Carrigan, MD, an orthopaedic surgeon at CHOP. Dr. Carrigan adapted the standard pain chart to fit Clairianna’s speech abilities, offering her just two choices instead of 10 to describe her level of discomfort. He explained to Clairianna that it was important that she tell him when she was in pain so he would know that something was wrong. The two developed a rapport that helped Clairianna manage her anxiety about the injury, her parents say.

Dr. Carrigan described a surgical option that involved rebreaking the ulna — a procedure called an osteotomy — stabilizing it with a plate, and relocating the radius bone into the elbow joint. He would also repair the ligaments and secure the radius bone with a pin.

The family opted to go ahead with the surgery. After the four-hour operation, Clairianna’s arm was casted in a bent position from her hand to past her elbow.

A long road to recovery

Clairianna started physical therapy two months after her surgery, going several times a week to CHOP’s Specialty Care & Surgery Center in Voorhees, New Jersey. Six weeks after the operation, her cast was removed and she was custom-fit for a brace. She gradually regained use of the arm, but by summer, she still wasn’t able to fully extend it. Dr. Carrigan suggested Clairianna take the summer off from physical therapy and gave her permission to join the swim team at a local pool. If there was no improvement by the end of the summer, the family would have to consider a second surgery to remove scar tissue from Clairianna’s elbow.

“He just wanted her to go and enjoy being a kid without constantly going to the doctor or the physical therapist,” says Nina.

Swimming did the trick. By the end of the summer, Clairianna could fully extend her arm. Still, it would be a full three years from the time of surgery before she would be able to put her entire body weight on her left arm. At her final orthopaedic checkup, Dr. Carrigan gave Clairianna the OK to turn cartwheels, do pushups, and use her left arm in any way she wanted. She and Dr. Carrigan celebrated the milestone, and their birthdays, with cupcakes.

Now 14 years old and a high school freshman, Clairianna played soccer in the fall, swam during the winter, and plans to try out for spring track.

“She’s as active as she wants to be,” says Nina. “And once in a while she’ll throw a cartwheel in there.”