Kendall Gulli was 2 years old when she tagged along to her older brother’s appointment with the family pediatrician in Delaware. “She was holding my hand and walking down the hallway,” says Kendall’s mom, Holly. “I heard the nurse say to the doctor, ‘You need to check her hips.’ All of a sudden, the pediatrician starts checking Kendall out. She said it seemed like she was waddling, and she was concerned there might be something wrong.” 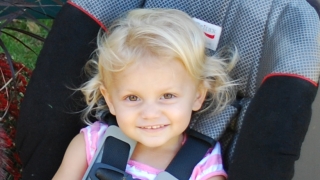 The next day Kendall had an appointment to see an orthopedic surgeon at a local children’s hospital in Delaware. Looking at her X-rays, the orthopedist made a quick diagnosis — bilateral hip dysplasia.

In hip dysplasia (or developmental dysplasia of the hip), the hip joint may be unstable; the ball of the hip slips in and out of its socket.

This condition affects about one in every 1,000 live births. The exact cause is unknown, but experts believe environmental and genetic factors play a role. Kendall’s family has a history of hip dysplasia, but doctors can’t be sure that is the cause. A child with this condition may not experience any pain early in life, but if left untreated, hip dysplasia can cause pain and disability as the child gets older.

The orthopedist recommended two surgeries to correct Kendall’s hip — and a treatment schedule that included 18 weeks in a body cast. Before moving forward with the plan, the family wanted a second opinion. After doing some research online, they called The Children’s Hospital of Philadelphia (CHOP) and scheduled an appointment with orthopedic surgeon Wudbhav N. Sankar, MD.

A second opinion before hip surgery

Dr. Sankar has specific expertise in the treatment of hip conditions in children, adolescents and young adults. “After evaluating Kendall, he told us he agreed with our local orthopedist and would definitely recommend these surgeries, but his plan for treatment was slightly different.” Dr. Sankar explained he would do the two surgeries just three weeks apart, and that Kendall would only need to spend nine weeks in a cast. The Gullis decided to transfer Kendall’s care to CHOP.

In September 2012, Kendall had the first surgery on her right hip. “I knew she was in great hands and that the whole team would take great care of her,” says Holly. The surgery took four hours, and Kendall and her mom spent the following two days in the hospital recovering and adjusting to the body cast.

It wasn’t easy to get used to the custom molded cast (called a spica cast). The cast is usually applied from the chest down to the ankle of the affected side to hold the hip in place, and is very restrictive. As an active 2 year old, Kendall wanted out! In time, though, she began to enjoy visiting the playroom and playing with the nurses and child life specialists who distracted her from the uncomfortable cast.

Three weeks later, it was time for surgery on her left hip. Afterward, the cast was expanded to include both sides of her body.

Back at home, mom, dad and lots of visitors kept Kendall entertained while her hips healed. To get around, she had to spend a lot of time in her stroller, which acted as a kind of wheelchair during her recovery.

Back on her feet 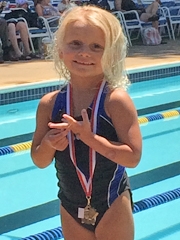 Nine weeks later, the cast was removed. “I thought that was going to be a really great day, but it was hard for Kendall,” says Holly. “Dr. Sankar had told us in advance that she’d perceive moving her legs for the first time in weeks as painful.”

But things got better. With the help of physical therapy, the little girl was back on her feet five weeks later. “She started walking just before Christmas, and that was a great day.”

Today, Kendall is an active 4 year old who loves dance, karate, gymnastics and swimming. She has an X-ray once a year, followed by a visit to Dr. Sankar who keeps an eye on her progress.

“Kendall had an excellent result from her surgeries,” says Dr. Sankar. “She hasn’t missed a beat, and is able to run, jump and play like any other 4 year old. We’ll follow Kendall as she grows, and make sure she remains as healthy as she is today.”

Follow-up with Dr. Sankar is important because Kendall is at risk for developing avascular necrosis later in life. With this condition, the blood supply to the hip joint is interrupted and the bone begins to die. Catching problems like this early on can improve success of treatment.

Dr. Sankar has kept the family’s worries at bay. Holly says, “He told us, ‘Development of avascular necrosis is beyond your control. If it happens we’ll deal with it, but let me worry about that, and you focus on everything else.’ That really helped us relax.”

“At CHOP, it was such a nice group of people to deal with. Such a great crew. We’re so grateful for them.”