When Elsie looks at her son Thomas today, she’s amazed. It’s hard to believe that before his birth, she worried he wouldn’t survive and that if he did, he would suffer a poor quality of life. She credits the people who miraculously crossed her family’s path — like Thomas’s care team at CHOP — with his incredible outcome. 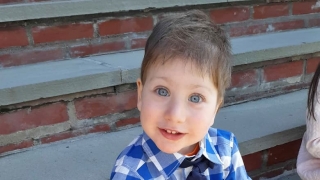 The family already had a little girl who was almost 2 years old at the time. To now be expecting a boy was perfect, they thought.

Then the hammer came down. The doctor informed Elsie and her husband, James, that their son had an occipital encephalocele, a rare birth defect in which a portion of the brain sticks out of the back of the skull, usually covered by skin or a thin membrane.

An encephalocele is a neural tube defect that occurs when the tube that connects the brain and the spinal cord does not close completely during pregnancy.

“We felt like our hearts were ripped from our chests,” says Elsie. “We could barely breathe.”

The couple was told there was little chance the baby would survive, and if he did, little hope that he would experience any quality of life. A follow-up appointment with a maternal-fetal medicine specialist not far from their home in Milford, Pa., confirmed the grim prognosis.

A chance encounter leads them to CHOP

After endless research online, Elsie came across a few success stories and a Facebook support group focused on the condition, which provided some comfort. Then, during a brief vacation two hours South, in Philadelphia, the couple met a father and his son, who was a patient of Children's Hospital of Philadelphia (CHOP). The father couldn’t stop singing CHOP’s praises.

When the family returned home, Elsie contacted CHOP’s Center for Fetal Diagnosis and Treatment and made an appointment for an evaluation. At the appointment, she underwent several tests, including a fetal MRI and ultrasound. To the couple’s dismay, the evaluation confirmed the severity of the fetus’s condition. Based on the early formation of the brain, it was possible that simple tasks such as breathing and eating on his own would be impossible for the child after birth, putting his survival in question.

The couple struggled with the news, but found comfort in the expertise of the hands they were in, and the words of Gregory Heuer, MD, PhD, a surgeon in CHOP’s Division of Neurosurgery. Dr. Heuer collaborates with the Center for Fetal Diagnosis and Treatment to improve the outcomes of children suffering from conditions discovered before birth. He urged them not to lose hope and said he and his team would do everything they could to give their son the best possible outcome.

“No other doctor had said that to us,” says Elsie. “Right then, we knew CHOP was where we needed to be. That one little word — hope — became our mission for Thomas.”

Thomas was born via planned C-section in CHOP’s Garbose Family Special Delivery Unit (SDU), the world’s first birth facility in a freestanding pediatric hospital. The SDU was designed specifically for healthy mothers like Elsie whose babies are prenatally diagnosed with birth defects and require specialized care after birth.

From the moment he was born, Thomas has exceeded the care team’s expectations. He came out kicking and screaming, and was breathing on his own, something he wasn’t expected to do. Ten days later, Dr. Heuer and CHOP craniofacial surgeon Jesse Taylor, MD, led a team to repair the opening in Thomas’s skull and treat his encephalocele. 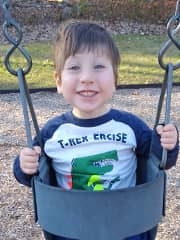 Thomas spent two months in CHOP’s Harriet and Ronald Lassin Newborn/Infant Intensive Care Unit, during which time he underwent four more surgeries. Today, he is a happy 3-year-old who eats like a champ and loves to laugh, smile and play with his older sister. He has some delays with motor skills and vision, but he makes progress and gains new skills every day. He is enrolled in physical therapy, occupational therapy, speech-language pathology, cognitive play therapy, and vision therapy. He can speak in full sentences, and he is working toward crawling and walking on his own.

“He amazes us each day,” says Elsie. “The journey hasn’t been easy, but through the resources we gained along the way, the people God put in our path, and the wonderful team at CHOP, Thomas has had an amazing reversal. He's our warrior.”

The family is doing all they can to spread awareness and share their experience with other parents who learn their child has a severe diagnosis before birth so they know that there is hope.

"What got us through was seeing photos of other families and their children smiling and going about their happy lives,” says Elsie of the families she’s met through the Facebook group. “Some are in wheelchairs, others may be blind or have vision impairments, but limitations don’t have to be limitations. They are just different abilities.” 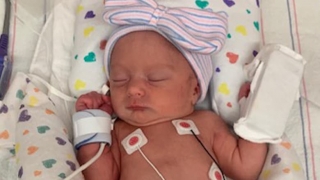 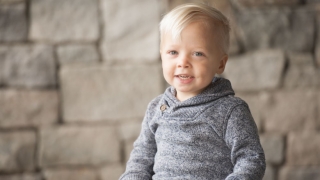 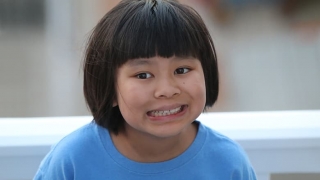