When Tara was 12 weeks pregnant, she and her husband Paul Romano were faced with difficult news: An ultrasound revealed their unborn baby’s heart had shifted upwards in her chest. Her left lung wasn’t visible. 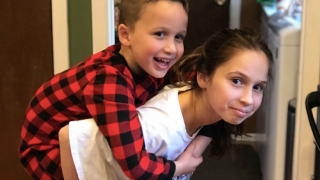 Because the fetus was still so tiny, diagnosing the abnormality was incredibly difficult. Tara’s OB-GYN referred her to the Center for Fetal Diagnosis and Treatment at The Children’s Hospital of Philadelphia. Expectant parents come from around the country and the world seeking help from this team of fetal experts.

Doctors at CHOP told Tara and Paul there was a chance their baby might not be born alive.

Tara went into labor five weeks early, and a team of doctors, nurses and respiratory therapists from both CHOP and the Hospital of the University of Pennsylvania (HUP), were with her in the delivery room. It was all hands on deck for this high-risk delivery.

The tiny baby girl, who many thought might not be born alive, came out yelling. She was whisked off to CHOP’s Newborn/Infant Intensive Care Unit (N/IICU).

Her parents chose a name — Paige. 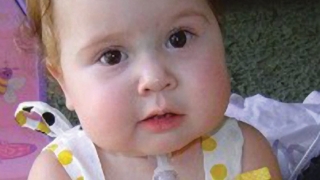 A CT scan that night showed that Paige was actually missing most of her left lung. She was intubated (a tube was placed in her trachea, or “windpipe”) to help her breathe. Over the next few weeks it became clear that not only did Paige have a birth defect affecting her lung, there was also something abnormal about her trachea.

After removing the tube in Paige’s airway during a code, doctors in the N/IICU found that they were unable to get it back in. Neonatologist David A. Munson, MD, consulted colleague Ian N. Jacobs, MD, director of the Center for Pediatric Airway Disorders at CHOP.

Dr. Jacobs evaluated Paige and found she had tracheal stenosis — a narrowing of the trachea caused by a ring of scar tissue or cartilage. The only way to widen Paige’s airway was with a major surgery. But with only one lung, it would be more risky.

She had only a 30 percent chance of surviving the surgery, but there were no other options to try to save her life.

On the morning of the scheduled surgery, Dr. Jacobs performed one more endoscopy to evaluate Paige’s airway.

What I saw during that exam was critical to the decisions we made concerning Paige’s care,” says Dr. Jacobs. “Her stenosis had opened up slightly, and the team knew there was a chance it would continue to open larger as Paige grew.

"Considering she was facing a life-threatening surgery, we decided to wait and see if the stenosis would continue to improve.”

Dr. Jacobs knew it might be years before Paige’s narrowing had opened up enough that she could breathe normally. He performed a surgery to insert a tube through the neck into the trachea beneath the airway malformation when she was 2 months old. The tracheostomy introduced more twists into an already complicated case.

“Paige continued to have difficulty breathing, on occasion turning gray, even with the trach in place,” says Dr. Jacobs. “The airway team was back in the N/IICU working hand-in-hand with the neonatologists, and we found that Paige had developed a granuloma, a mass of tissue that can form in the airway as a result of a tracheostomy.”

Ten days later, after 4 ½ months in the N/IICU, she was ready to go home. Paige still required ventilatory support for her pulmonary status, but her condition was improving.

Over the next 3½ years, Paige was cared for at home by her family and a live-in nurse. Dr. Jacobs monitored Paige’s stenosis during her regular visits to his airway disorders clinic. And sure enough, it continued to open up on its own so the little girl never needed the more major surgery.

After nearly three years living with a tracheostomy, Paige was decannulated (the tube was removed) in July 2010. 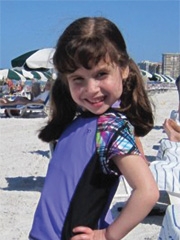 “Paige’s case is a perfect example of how a patient benefits when they’re cared for by a multidisciplinary team of specialists,” says Dr. Jacobs. “It was touch-and-go from the moment she was born, but the collaboration of our fetal team, neonatologists and airway experts made it possible for us to move fast enough to save Paige’s life.”

Today, all that remains of Paige’s trach is a tiny scar. She sings, dances, runs and has even started swimming lessons. She still has very little left lung tissue, but her right lung has grown to make up for what she’s missing and Paige will live a normal life.

“We think of Paige like a bumblebee,” says Tara. “Bumblebees shouldn’t be able to fly because their bodies are so big and their wings are so small, but they do, because they don’t know any better. She wasn’t even supposed to be born alive. She couldn’t speak and we never heard her cry.

"Now she’s a normal kid in her second year of preschool and about to go to kindergarten," Tara adds. "She’s a miracle.”

An update on Paige 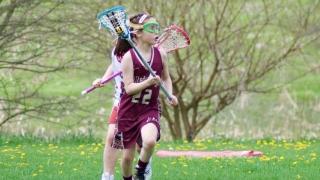 Now 11, Paige is a field hockey- and flute-playing sixth grader who shows few signs of her earlier struggles.

“She has a very full life,” says Tara. “When we ask the doctor if she has any restrictions, he says, ‘She’ll tell you on her own.’ Since she’s pretty strong-willed, she doesn’t miss much. She keeps up with the kids who have two full lungs.”

Paige’s full life includes, in addition to field hockey and flute, playing lacrosse, participating in Girl Scouts, and plenty of cooking and baking. The last hobby is especially gratifying for the family, because Paige used to have an aversion to eating by mouth because of her trach and earlier stenosis.

She also does well in school, especially in her favorite subject, math, which is another relief for her parents. “She coded a few times in the NICU, and I asked, ‘What does this mean for her future?’ She had blue spells before her heart was repaired,” Tara remembers. “None of it seems to have affected her developmentally.”

“We’re in awe that she’s come all this way.”