When Cristiana and her husband, Darryll, found out they were expecting twins, it was only the first of many surprises to come. Identical twins Vale and Shea shared a single placenta, which can cause a number of complications the couple had never heard of, including twin-twin transfusion syndrome (TTTS). After a whirlwind diagnosis and prenatal intervention at Children’s Hospital of Philadelphia, Vale and Shea are now healthy, active 3-year-olds. 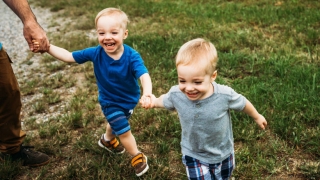 Cris was 38 when she became pregnant with what she assumed would be the couple’s second child. When an ultrasound at 10 weeks showed she was carrying two fetuses, Cris was shocked and questioned the accuracy of the ultrasound. But the very next day, a maternal-fetal medicine specialist confirmed that she was indeed pregnant with twins.

In reviewing the ultrasound, the doctor also noticed that the twins were monochorionic, meaning they shared a placenta. This puts multiples at a higher risk for a number of complications, including TTTS, a condition in which the blood flows unequally between twins that share a placenta. Without intervention, TTTS can be fatal for both babies.

“It was a bit intimidating, but we were hopeful those things wouldn't happen to us,” Cris says.

When Cris was 16 weeks into her pregnancy, her doctor noticed that the fluid levels surrounding the two babies were uneven. One of the twins was surrounded by a large volume of fluid, while the other looked “shrink-wrapped,” Cris remembers.

The imbalance was the result of the smaller twin pumping blood through the placenta to the other twin, causing the recipient twin to receive too much blood and produce extra urine. This caused an enlarged bladder and too much amniotic fluid around the recipient twin. The donor twin, in turn, was producing too little urine, resulting in low amniotic fluid. The donor twin’s bladder wasn’t even visible on the ultrasound.

Our experience helps us to provide the best possible care for your baby. We've performed more fetal surgeries than any other hospital in the world.

Their maternal-fetal medicine specialist recommended the couple seek care an hour’s drive away at the Richard D. Wood Jr. Center for Fetal Diagnosis & Treatment at Children’s Hospital of Philadelphia (CHOP). The center’s team cares for a high volume of complicated twin pregnancies each year, experience that would be important in determining the best treatment options for the twins.

A few days later, Cris underwent a day of comprehensive evaluations at CHOP. Detailed, accurate diagnosis is very important to distinguish TTTS from other related conditions that can affect monochorionic, diamniotic (two amniotic sacs) twins. Early diagnosis is also important, because the further TTTS progresses, the higher the risk to both mother and babies.

The advanced fetal imaging tests, including a high-resolution ultrasound and fetal echocardiogram to assess each baby’s heart, confirmed the twins were in stage 2 of TTTS, in which the donor twin’s bladder was not filling or emptying.

The couple’s care team, including Mark P. Johnson, MD, Director of Obstetrical Services at CHOP, detailed their options. One treatment discussed was fetoscopic selective laser ablation. This minimally invasive surgery uses a special laser to disconnect the shared blood vessels in the placenta. This stops the uneven blood flow between the babies with the goal of preventing further progression.

“We were confident that the surgery was the best bet for saving both of them,” Cris says.

About a week later, Cris was admitted to CHOP’s Garbose Family Special Delivery Unit (SDU), the first birthing unit within a pediatric hospital dedicated to healthy mothers carrying babies with birth defects. The SDU is adjacent to the fetal operating rooms, equipped with the latest technology and facilities needed to perform prenatal surgeries.

Dr. Johnson performed the fetoscopic laser ablation when Cris was just over 17 weeks’ gestation. The next morning, after an overnight stay in the SDU, an ultrasound showed that there were already signs of improvement. The smaller twin had more fluid around him, and his bladder — which couldn’t be detected before the procedure — was now visible.

Monitoring the rest of the pregnancy

Cris returned home to strict bedrest. After a follow-up visit at CHOP a week later, her care resumed with her local maternal-fetal medical specialist, who monitored her pregnancy while sharing updates with the CHOP team. After several weeks of bedrest, Cris was able to gradually resume activity. Regular ultrasounds showed continued improvement. At 37 weeks, the decision was made to induce labor.

Vale — the recipient twin — arrived at 5 lbs., 4 oz.  Shea weighed in at 5 lbs., 1 oz. Their parents were relieved to see that both boys were healthy.

“I don’t think that we really felt out of the woods until they arrived,” Cris says. 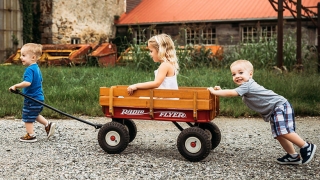 Today, Vale and Shea are happy, healthy little boys with a ton of energy. They love diggers, excavators and all things construction related, riding their scooters, and playing with their big sister, Wren, who has trouble telling her little brothers apart. According to their parents, they are "bright and energetic and quite a handful!"

Even though her sons are healthy as can be, their precarious start is never far from Cris’s mind. She is active in online support groups devoted to TTTS, sharing her story with other parents who are facing the unknown. From them, she is reminded of the importance of early detection and expert medical care.

“We were very lucky to have very, very good care,” says Cris. “It was caught early, and the surgery was done early. If it was not caught that quickly I don’t know if we would have had good results. We’re just so grateful to the professionals at CHOP. They literally saved our sons’ lives.” 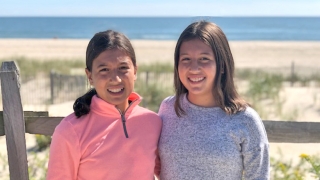 Before they were born, Olivia and Stella were diagnosed with twin-twin transfusion syndrome (TTTS), a condition that put both of their lives at risk. 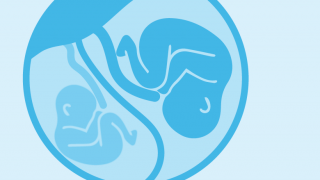 Learn the facts about TTTS and share them with your friends and family to help raise awareness of the condition. 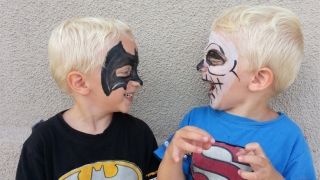 Before Luke and Landon were even born, they were already facing a list of obstacles, including a diagnosis of TTTS.