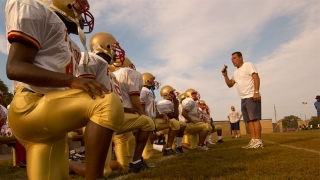 As a youth sports coach, you are part of the first line of defense in recognizing a concussion and preventing further injury.

What is a concussion?

A concussion is a traumatic brain injury that affects the way the brain functions. Concussions used to be referred to as a “ding” or “having your bell rung,” and were brushed off as “no big deal” and a normal part of playing sports. However, we now know more about concussions and understand that any suspected concussion must be taken seriously.

What causes a concussion?

A concussion is caused by a bump, blow or jolt to the head or body where forces of the hit are transmitted to the head, causing the brain to literally shake inside the skull. It was once believed that a player had to lose consciousness or be “knocked out” to have a concussion. This is a not true! In fact, fewer than 10 percent of all players with concussions actually lose consciousness.

How is a concussion diagnosed?

The Centers for Disease Control and Prevention also provides information for specific professions that provide support to youth affected by concussion:

Sign-up to receive quarterly updates on the latest concussion research from CHOP.