What is cystic fibrosis?

Cystic fibrosis (CF) is an inherited disease that primarily affects the outward-secreting (exocrine) glands. These glands make mucus, fluids involved in digestion, and sweat. Cystic fibrosis in children can cause:

Cystic fibrosis affects the sweat glands in a different way. The sweat does not become thick, but instead contains high levels of salt, resulting in salty skin.

While cystic fibrosis is a chronic, progressive disease, improved treatments have significantly extended life expectancy for children with the condition. Approximately 2,500 babies are born with the disorder each year in the United States, and over half of the almost 30,000 people in the U.S. living with CF are adults. The average age of survival has steadily increased over the years and is presently around 44 years of age.

CF occurs more commonly in Caucasians who have a northern European heredity, but also occurs in Hispanics, African-Americans, Asian Americans, and American Indians.

Cystic fibrosis is caused by a mutation in the cystic fibrosis transmembrane regulator (CFTR) gene, one of thousands of genes found in the DNA in every person. The CFTR gene produces the CFTR protein, which controls the flow of water and certain salts in and out of the body's cells. If the CFTR gene has a mutation that causes the protein to not work, this changes the movement of salt and water in and out of cells and results in thickened mucus throughout the body.

Cystic fibrosis is an autosomal recessive genetic disorder. That means both parents must have a mutation of the CFTR gene for a child to be born with the disorder.
More than 10 million people in the United States are carriers of the cystic fibrosis gene. These people are typically not affected by the disease and most often don’t know they carry the gene. They can, however, pass the disorder on to their children.

In most cases, children with cystic fibrosis are born to parents with no known history of the disorder. In these cases, both parents unknowingly carried the CFTR mutation and passed it on to their child during conception.

Cystic fibrosis symptoms in children will vary from one child to another, but may include:

In addition to these more common symptoms, children with cystic fibrosis are at greater risk for certain infections and injuries (particularly of the lungs, sinuses and digestive system), liver disease, pancreatitis, gallstones, diabetes, heart disease and some birth defects.

The symptoms of cystic fibrosis may resemble other conditions or medical problems. Always consult your child's doctor for a diagnosis.

Due to an increase in newborn screening programs, many children are now diagnosed with cystic fibrosis in the first month of life even before they show any symptoms of the disorder. If your child is referred to the Cystic Fibrosis Center, we will start with a complete medical history and physical exam. Additional testing procedures for cystic fibrosis may include:

A sweat (chloride) test: Measuring the amount of salt in your child’s sweat is usually the first test used in the diagnosis of cystic fibrosis. A solution is put on your child’s forearm (or thigh, if the child is too small) and electrodes are attached. Using a mild electric current, the skin is stimulated to sweat.

The sweat is collected onto a gauze pad and analyzed. Higher than normal amounts of chloride may suggest your child has cystic fibrosis.

This test is not painful or harmful to your child. Sweat tests should only be performed by an experienced team at an accredited cystic fibrosis center.

Genetic tests: Testing for the CFTR mutation can be done from a small blood sample. Laboratories usually test for the 20 or so most common genetic mutations that can cause cystic fibrosis first. More extensive genetic testing can be done if the diagnosis remains uncertain after this initial testing.

Because cystic fibrosis affects various parts of the body, your child may also need additional diagnostic procedures, including:

At the Cystic Fibrosis Center at CHOP, our team is focused on promoting normal growth and development in children with cystic fibrosis, minimizing and easing severity of symptoms, slowing progression of disease, and preventing and treating complications.

At CHOP, your child will work with specialists who collaborate to provide multidisciplinary care for cystic fibrosis patients. Your child’s healthcare team — which may include pediatric pulmonologists, gastroenterologists, endocrinologists, nutritionists, advanced practice nurses, registered nurses, physical therapists and social workers — will develop a treatment plan based on:

Management of problems that cause lung obstruction may include a variety of airway clearance techniques (ACTs) which are intended to help patients stay healthy and breathe easier by loosening and helping to clear the mucus in the lungs. Techniques may include:

Management of digestive problems may involve:

In addition to treatment for medical issues, children with cystic fibrosis and their families may benefit from psychosocial support and counseling. Psychologists and social workers can help people with cystic fibrosis to cope with their disease, assert their independence, screen for depression and address complex issues related to relationships, sexuality, fertility and long-term finances. Family members can also benefit from counseling to help them cope with their loved ones’ disease.

Currently, there is no cure for cystic fibrosis. However, ongoing research efforts continue to improve our understanding of the disease and allow for the development of new therapies.

As the gene that causes cystic fibrosis has been identified and is better understood, new therapies that target the basic genetic defect are being developed, and some of these therapies have already been approved and are being used. Our Center’s team strongly believes that continued research will uncover new ways to prevent, slow progression and someday cure cystic fibrosis.

Long-term care and management of symptoms is essential for children and adults with cystic fibrosis. With medical and psychosocial support, we believe that children and adolescents with CF can and will lead a normal and productive life well into adulthood.

Some patients with end-stage lung disease may be considered for lung transplantation. This can be discussed with your child’s doctor. Not every patient is a candidate for a lung transplant.

The team at the Cystic Fibrosis Center at Children’s Hospital of Philadelphia is actively engaged in basic science (laboratory), translational and clinical research with a focus on:

The Cystic Fibrosis Center is also an active site for multi-center clinical trials of new therapies for cystic fibrosis as part of the Cystic Fibrosis Foundation Therapeutic Development Network. Please consult your child’s doctor if you are interested in learning more about, participating in, or supporting this important research. 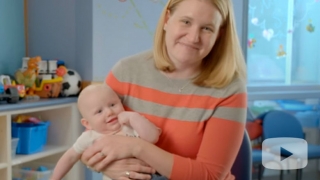 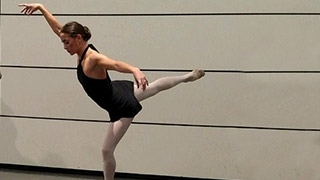