Researchers from Children’s Hospital of Philadelphia (CHOP) and the University of Pennsylvania School of Nursing (Penn Nursing) have shown that adolescents reported elevated depressive symptoms in the period immediately following a concussion. The findings, which were recently published online in the journal Sports Health, underscore the need for more comprehensive screening when caring for adolescents who suffer a concussion.

Concussions are already a growing public health concern, and evidence suggests that concussed patients are at an increased risk of various psychiatric effects. However, most studies have looked at an adult population, and relatively few have examined how concussions affect the mental health of adolescents. Poor mental health can negatively impact recovery from a concussion, and since nearly one in four teens has suffered at least one concussion, properly identifying psychiatric concerns is critical in order to get adolescents back on track.

Researchers from CHOP and Penn Nursing conducted a prospective study to assess mental health symptoms within the first 28 days after the injury and compare their results with non-concussed adolescents. By doing this, the study could focus on whether early screening can detect symptoms of depression or anxiety early on so that symptoms can be identified and treated earlier, preventing long-term consequences. 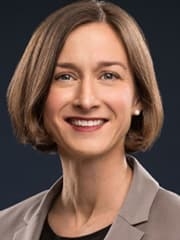 Catherine McDonald, PhD, RN, FAAN “Our study found that a meaningful number of kids report depressive symptoms when we screened for them within the first month of a concussion injury,” said senior study author Catherine McDonald, PhD, RN, FAAN, a Senior Fellow with CHOP’s Center for Injury Research and Prevention (CIRP) and an Associate Professor of Nursing in the Department of Family and Community Health at Penn Nursing. “It is important that frontline providers regularly screen for depression as a component of concussion care.” 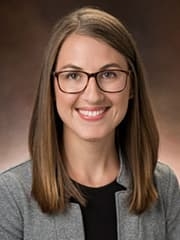 Jamie Shoop, PhD “Most patients are remarkably resilient and cope very well after a concussion, but this study demonstrated that about a third of patients will experience mental health needs after their injury, which is why it’s so important for them to have access to comprehensive care, including behavioral health support, as soon as a need is identified,” said study co-author Jamie Shoop, PhD, a psychologist in the Minds Matter Concussion Program. “By getting the support they need as early as possible, they can avoid some of these symptoms before they become more problematic.” 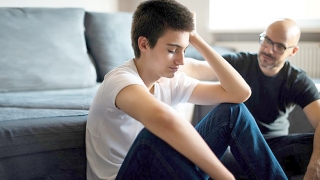 Anxiety and depression are linked to persistent symptoms after concussion in youth. Get tips to help.

Study is first to show important disparities between concussions sustained from assaults compared with sports-related injuries. 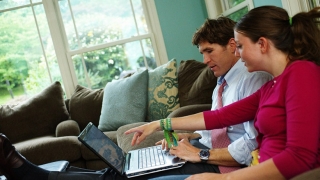 Find family-friendly information about recognizing concussions, prevention tips, and what to do if symptoms linger.