An 18-month-old girl returns for a follow-up appointment with her urologist. She has a history of grade 3 vesicoureteral reflux (VUR) into the lower pole of a duplex left kidney identified at 4 months of age following febrile urinary tract infections (UTI) (See Figure 1). She is healthy, takes prophylactic antibiotics and has not experienced additional UTIs. Her growth and development are normal. To guide her further care, a newer type of ultrasound, a contrast-enhanced voiding urosonography, would be the most appropriate imaging study.

The growth and development of her kidneys and status of her VUR will help direct her urological care going forward. This assessment had routinely been accomplished through a renal bladder ultrasound (US) and voiding cystourethrogram (VCUG). 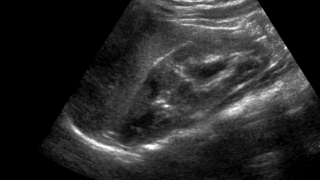 An alternative examination is contrast-enhanced voiding urosonography (ceVUS), during which an ultrasound contrast agent is instilled into the urinary bladder and ultrasound is used to assess the urinary tract and grade VUR in a similar fashion to VCUG.

US contrast agents are microbubbles, which are smaller than red blood cells, comprised of an inert gas and stabilized by a lipid or protein shell. The microbubbles oscillate when imaged with US and, through US machine software, their signal can be distinguished from other tissues. The US contrast agents have been proven to be safe when instilled in the urinary system. While pediatric contrast-enhanced US has been performed since the early 1990s outside of the United States, it was not until the 2016, when the U.S. Food and Drug Administration (FDA) approved an ultrasound contrast agent for ceVUS in children, that the exam became more commonly offered.

While ceVUS requires bladder catheterization similar to VCUG, it has a number of advantages including: no ionizing radiation, the child remains in close proximity to their caregiver, US equipment is smaller and less intimidating, the child can void in the upright position, and ceVUS detects more VUR and higher grades of reflux compared to VCUG. It is performed in the US department following grayscale imaging of the kidneys and bladder.

ceVUS was first offered as a clinical examination at Children’s Hospital of Philadelphia in 2014 and now is increasingly replacing VCUGs in CHOP’s Department of Radiology. 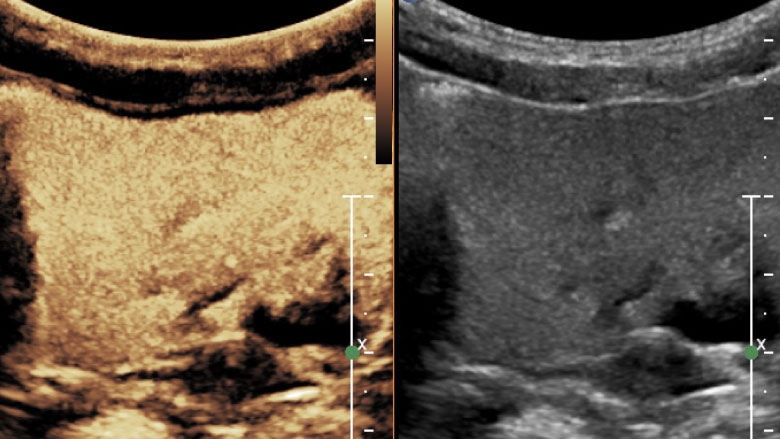 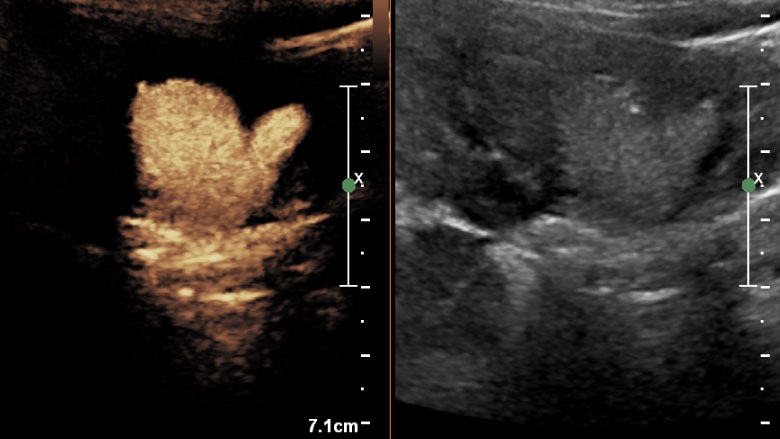 Figure 3: Dual display contrast-enhanced ultrasound image (left) and grayscale reference (right). Coronal view of the left kidney with the child in the prone position. Grade 3 VUR is present in the lower pole of the left duplex kidney.

Darge K. Voiding urosonography with ultrasound contrast agents for the diagnosis of vesicoureteric reflux in children. I. Procedure. Pediatr Radiol. 2008;38(1):40-53.

Contributed by: Susan J. Back, MD, Douglas A. Canning, MD 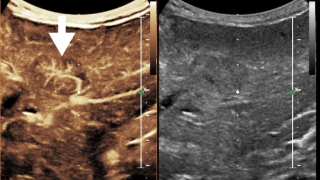 This article examines the most common intravenous and intravesical application of ultrasound contrast agents. 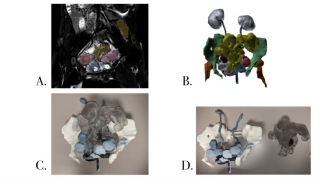 Bernarda Viteri, MD, is studying the benefits of contrast-enhanced ultrasound in kidney transplant patients and those with various kidney conditions.