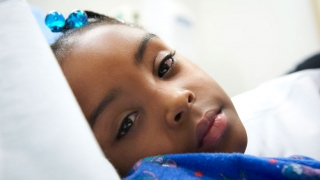 Philadelphia, Jan. 21, 2016 — With the first big “Nor’easter” snowstorm of 2016 expected tomorrow, The Poison Control Center at CHOP reminds residents of Delaware, eastern Pennsylvania, and the Philadelphia region of the hazards of carbon monoxide — especially dangerous during weather emergencies and power outages. During past fall hurricanes and winter snow storms, The Poison Control Center has received numerous calls related to carbon monoxide poisoning due to improper use of gas-powered generators, grills and cooking stoves, as well as from snow-obstructed exhaust pipes on cars.

Carbon monoxide (CO) is often called the “silent killer” because the gas is odorless, tasteless, colorless—and toxic. CO is made when any appliance that burns wood or fuel (oil, gas, propane, kerosene, coal) is malfunctioning or poorly vented. Often mistaken for flu, early symptoms of CO poisoning include headache, nausea, sleepiness, dizziness, and confusion. In severe cases CO can cause coma, heart attack and death. Be suspicious that CO may be the culprit if symptoms occur shortly after using a furnace or generator, if multiple family members become sick at the same time, or if symptoms improve when outside of a home or building.

There are ways to make sure that CO does not cause problems in your home:

If you think CO is in your home, you may attempt to air out the house, shut off the heating system, and call 911 or your heating company. If you have any symptoms and you suspect CO poisoning, leave the area immediately and contact The Poison Control Center or 911.