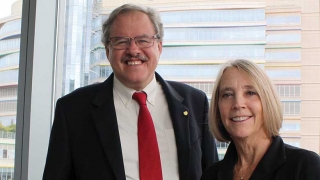 Davidson was recognized for being on the forefront of developing innovative therapies and medicines for fatal, inherited brain disorders, therapies engineered to either remove toxic proteins or replace missing proteins, and for improving or preventing disease progression.

Grupp was recognized for pioneering the development of an entirely novel therapy for acute lymphoblastic leukemia (ALL), and leading the first global engineered cell therapy trial that demonstrated effective sustained ALL remissions, making him a leader in cancer immunotherapy.

Help and Cure for Picky Eaters: Training Parents is Key

Families dealing with the stress and frustration of their child’s overly picky eating habits may have a new addition to their parental toolbox. CHOP researchers reported on a short-term, group cognitive-behavioral therapy program that provides parents with specific techniques to improve their child’s mealtime behaviors and expand the range of foods their children will eat. Although the study size was small, the parents involved reported “life-changing” improvements.

The study included 21 patients with avoidant/restrictive food intake disorder diagnosed due to functional impairment associated with their extreme picky eating and their parents. The 7 clinic sessions occurred over a 6-month period, allowing families time to practice the assigned behavior strategies at home. Children were challenged at home to chew and swallow a portion of a new or nonpreferred food, and a successful challenge resulted in a post-meal reward. Measures showed significant pre-treatment vs. post-treatment reductions in picky eating scales. Gains were maintained at 3-month follow-up. The study was published in Cognitive and Behavioral Practice.

CHOP researchers and colleagues in the Pediatric Orthopaedic Society of North America Evidence-based Practice Committee found that not only were rural children more likely to sustain injuries from lawn mowers, but they also had more serious injuries and more complications like infections and were 1.7 times more likely to undergo an amputation compared with children in urban areas.

CHOP orthopaedic surgeon Theodore J. Ganley, MD, was the senior study author. It appeared in the Journal of the American Academy of Orthopedic Surgeons.

The Emergency Department at CHOP will be launching a sepsis treatment trial that involves comparing 2 different types of IV fluids to determine which is the most effective treatment for children with sepsis. Because the trial involves emergency treatment that must occur very quickly, it is happening under the federal exception from informed consent regulations.

For providers in the Philadelphia area: Recognize that your patients who come to the ED with suspected sepsis may be included in the trail. Learn more about the trial at promptbolus.research.chop.edu.

The largest-ever clinical trial of a medication for pediatric cardiology patients found the oral drug udenafil significantly improved exercise capacity at moderate exertion in adolescent patients with severe, congenital single ventricle heart defects, representing a milestone in the care of those who have undergone the Fontan procedure.

“Exercise capacity is a surrogate for morbidity and mortality outcomes in children with single ventricle congenital heart disease. It is our hope that an improvement in exercise capacity will translate into better long-term outcomes,” says CHOP pediatric cardiologist David J. Goldberg, MD, and co-principal investigator of the multicenter Fontan Udenafil Exercise Longitudinal Assessment Trial (FUEL). 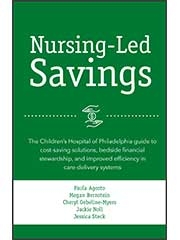 The quest for cost savings in hospitals and health systems too often prompts leaders to rush to make major cuts in the largest budget line item: staffing and labor costs. Evidence shows, though, that cutting labor expenses, especially in nursing, negatively impacts both quality of care and overall profitability. CHOP decided to take a different path and created a new model of bedside-driven fiscal responsibility.

Nursing-Led Savings, a new book by some of the CHOP nursing staff and leaders who led this work, includes advice on how to develop and implement a plan that eliminates waste and streamlines processes in everyday clinical work. The book is available from Sigma Marketplace. 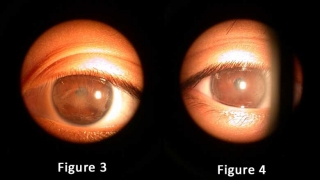 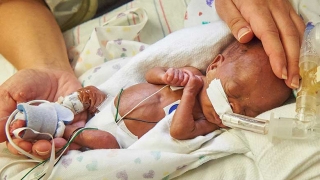 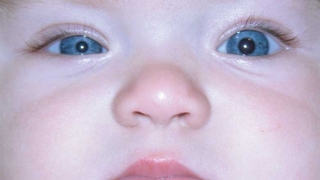 When Anisocoria Signals A Bigger Problem

A 10-month-old female infant was referred to the Neuro-ophthalmology clinic at CHOP for a new-onset lid ptosis and pupillary miosis on the right side.