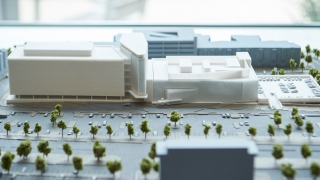 Children's Hospital of Philadelphia (CHOP) today announced a major expansion plan off its Main Campus, calling for the construction of a new inpatient hospital in King of Prussia, PA. Madeline Bell, President and CEO, made the announcement at a press conference held at CHOP’s King of Prussia Specialty Care & Surgery Center.

“CHOP was founded in 1855 as the first hospital in the U.S. dedicated to caring for children,” said Madeline Bell, President and CEO of Children’s Hospital of Philadelphia. “Since that time, we have grown our inpatient and outpatient services at several locations within the City of Philadelphia and extended our regional reach with creation of the CHOP Care Network, including more than 50 pediatrician offices, specialty care and surgical centers, and community hospital alliances in Pennsylvania, New Jersey and New York.”

King of Prussia is highly accessible to a number of communities throughout Pennsylvania and New Jersey, where a growing population is in need of many pediatric services, including inpatient hospital care. 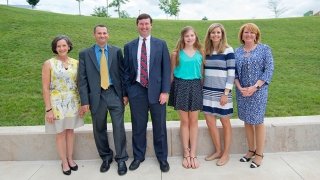 CHOP’s King of Prussia campus will be anchored by a new, 250,000 square-foot inpatient hospital. Plans include:

The new hospital will be adjacent to and operate seamlessly with CHOP’s existing King of Prussia Specialty Care & Surgery Center and Urgent Care Center, located on South Goddard Boulevard in Upper Merion Township.

CHOP currently serves more than 1.3 million children each year on its Main Campus in the University City area of Philadelphia and as part of the CHOP Care Network. The inpatient hospital on the King of Prussia campus is expected to be operational in 2021.

Children's Hospital of Philadelphia is a nonprofit institution. Philanthropic contributions will allow us to build the kind of facility our patients deserve: Spaces that are conveniently located and welcoming for children and families. We invite you to invest in this meaningful endeavor to expand the reach of CHOP’s inpatient care. 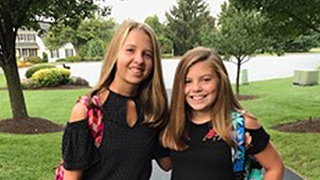 When families are faced with a challenging diagnosis, convenient, high-quality care means everything.