As children with single-ventricle disease, a complex and severe heart defect, undergo a series of three reconstructive surgeries, pediatric researchers have detected higher rates of brain abnormalities at each stage. The scientists also found associated changes in the infants’ cerebral blood flow that could offer important clues to improving long-term neurological outcomes in these children. 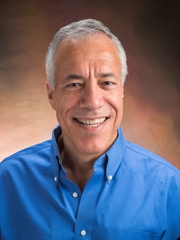 Mark Fogel, MD “We have long known that children with single-ventricle disease have a strong risk of poor neurologic outcomes after surviving staged surgical reconstruction,” said pediatric cardiologist Mark A. Fogel, MD, primary investigator of the study team from Children’s Hospital of Philadelphia (CHOP) and Director of cardiac magnetic resonance. “This was the first study to measure the incidence of brain abnormalities throughout the three stages of surgery, and to investigate a correlation between cerebral blood flow and brain lesions.”

The research, published in Circulation, was a single-center, National Institutes of Health sponsored study of 168 single-ventricle patients who underwent staged surgical reconstruction at CHOP between 2009 and 2014.

In single-ventricle disease, a child is born with a severely underdeveloped ventricle, one of the heart’s two pumping chambers. Heart surgeons perform a series of three reconstructive surgeries culminating in the Fontan operation. In addition to a high risk of mortality, patients may experience poor neurologic outcomes due to both brain injury and delayed maturation. The causes of the brain abnormalities are complex, including genetics, cyanosis (impaired levels of blood oxygen) and complications of surgery, including altered physiology and circulation.

The study team performed magnetic resonance imaging (MRI) scans before and after different stages of the surgeries. Evidence of brain abnormalities appeared as tissue loss, changes in white matter and ventriculomegaly — enlargements in the brain’s fluid-filled cavities. All of these were more common later in the series of surgeries, and after the Fontan operation, the last surgery.

In addition, infants with higher CBF measurements tended to have fewer brain abnormalities. For the most part, the researchers found no association between these brain abnormalities and carbon dioxide reactivity or oxygen delivery.

“This study cannot identify a cause-and-effect relationship between cerebral blood flow and brain lesions,” said Fogel. “A longer-range, more complicated study would be necessary to determine that.”

However, added Fogel, “Our research suggests the possibility that early measurements of CBF and detection of brain abnormalities may help us to better identify which single-ventricle patients are at higher risk for poor outcomes. Although more investigation needs to be done, we may find that techniques to increase cerebral blood flow and prevent neurological injury may offer early clinical interventions to improve long-term outcomes in children with congenital heart disease.”