A study of the full group of 183 children with spina bifida who received fetal surgery in a landmark clinical trial shows a clear-cut benefit in outcomes at age 30 months, including the ability to walk independently.

“In addition to supporting our earlier findings that established fetal surgery as a standard of care for spina bifida, our new study also provides information that can help physicians better counsel expectant parents on the probability that prenatal surgery will succeed in their child,” said N. Scott Adzick, MD, Surgeon-in-Chief at Children’s Hospital of Philadelphia (CHOP) and director of CHOP’s Center for Fetal Diagnosis and Treatment. Adzick is one of the leaders of the study published in the American Journal of Obstetrics and Gynecology.

The researchers published their original results in 2011 from a partial cohort of 134 patients evaluated at age 30 months by the time of publication. The National Institutes of Health sponsored the original Management of Myelomeningocele study (MOMS), a randomized trial that compared prenatal to postnatal surgical repair in mothers carrying a fetus prenatally diagnosed with myelomeningocele, the most severe form of spina bifida. Three fetal surgery centers performed the surgery: Children’s Hospital of Philadelphia, Vanderbilt University and the University of California San Francisco (UCSF). The first author of the current study is Diana L. Farmer, MD, from UCSF, and Dr. Adzick is the senior author.

The current study corroborated the 2011 MOMS findings that prenatal repair of myelomeningocele improves motor outcomes at 30 months of age, compared to postnatal repair. Children in the prenatal surgery group were more likely to walk independently (at 44.8 percent compared to 23.9 percent in the postnatal group). The prenatal group also performed better on two scales: the Bayley Motor Development Index and the Peabody Developmental Motor Scales. The two groups did not differ in 30-month measures of cognitive development.

Spina bifida is the most common birth defect of the central nervous system, affecting about 1,500 babies born annually in the United States. Occurring during fetal development when part of the spinal column fails to close around the spinal cord, it may cause devastating lifelong disabilities, such as paralysis, bladder and bowel problems, hydrocephalus (excessive fluid pressure in the brain), and cognitive impairments.

Because fetal surgery is not free of risk to mother or fetus, the researchers investigated factors that could help predict which fetuses were more likely to benefit from prenatal surgery. The study team found that in utero hip and knee movement detected in prenatal ultrasound were the strongest predictors that a child would walk independently at age 30 months. This discovery can help inform prenatal counseling for expectant parents after a fetus is diagnosed with spina bifida.

The MOMS researchers will follow families involved in the study to measure longer term outcomes in their patients. In addition, specialists at CHOP continue to perform high volumes of prenatal surgeries for spina bifida, and have shown that an experienced fetal medicine program can achieve beneficial outcomes comparable to or better than those produced in a rigorous scientific trial. 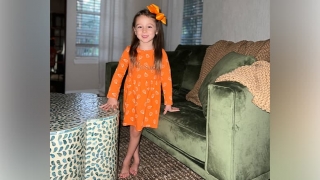