Pediatric oncologists from The Children’s Hospital of Philadelphia (CHOP) shared their research findings reporting progress against several children’s cancers at the annual meeting of the American Society of Clinical Oncology, June 3 – 7 in Chicago.

ASCO, an organization of over 40,000 oncology professionals, published research abstracts in advance of its meeting. Among the findings by CHOP physician-scientists were studies of childhood leukemia, neuroblastoma and new dosing standards for anticancer drugs in infants: 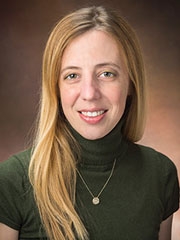 Shannon L. Maude, MD, PhD, presented two studies on targeted immunotherapy, using T cells to treat children with aggressive acute lymphoblastic leukemia (ALL). One study updated outcomes and longer follow-up results from a previously reported clinical trial of 59 children with relapsed or refractory ALL. The study team, from CHOP and the Perelman School of Medicine at the University of Pennsylvania, used chimeric antigen receptor (CAR)-modified T cells to attack ALL. In a median follow-up of 12 months after the treatment, 34 of the 59 patients had an ongoing complete response. Overall survival at 12 months was 79 percent, and relapse-free survival was 76 percent at 6 months and 55 percent at 12 months. Of the 59 children, 88 percent (52 patients) had cytokine release syndrome (CRS). During CRS, patients typically experience varying degrees of flu-like symptoms with high fevers, nausea, muscle pain, and in some cases, low blood pressure and breathing difficulties.

Maude also described a clinical trial in children with ALL who relapsed after their first T cell treatment, and were subsequently treated with T cells engineered to carry a “humanized” CAR protein more similar to human proteins than to the murine (mouse) protein used in the first treatment. In a subset of patients treated with murine CAR T cells, these cells do not persist, possibly because the patient’s immune system eliminates them. This Phase 1 trial was the first to test humanized CD19-targeted CAR T cells, called CTL119 cells. Of eight children who had rapidly lost murine CAR T cells, five of whom had relapsed, four had complete responses after receiving the humanized CAR T cells. This trial continues to enroll patients who relapse due to loss of CAR T cells, as well as patients without curative options for therapy who have not previously received CAR T cells. 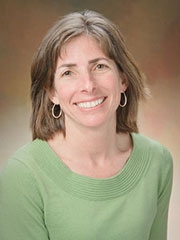 Rochelle Bagatell, MD, is the senior author of a report by the multicenter Children’s Oncology Group on combination therapies used in a Phase 2 randomized clinical trial including 35 children with refractory or relapsed neuroblastoma. This study, presented at the conference by first author Dr. Rajen Mody of the University of Michigan, compares two groups of children who were all treated with the chemotherapy drugs irinotecan and temozolomide. Eighteen children randomized to one arm of the study received chemotherapy with temsirolimus. In the second arm, 17 patients received irinotecan, temozolomide, the monoclonal antibody dinutuximab and granulocyte colony stimulating factor. While the treatment did not succeed in the first arm, nine of the 17 patients in the second arm had encouraging results—five complete responses and four partial responses. Based on this finding, the researchers recommend investigating this combination of chemotherapy and immunotherapy in a larger number of patients. 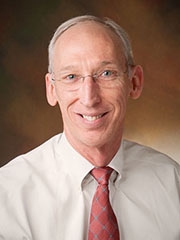 Frank M. Balis, MD, presented a poster from the Chemotherapy Standardization Task Force of the Children’s Oncology Group (COG) describing a new, uniform, table-based method of dosing anticancer drugs in infants. Most anticancer drugs are dosed in children according to their body surface area, which is calculated from their height and weight. This dosing method has proved to be too toxic in infants for many drugs, resulting in the use of modified dosing methods for infants. The task force reviewed anticancer drug doses and schedules from 29 recent COG protocols for a variety of childhood cancers, and found substantial variability in the way the infant population is defined and how the dose is modified. Balis and his fellow Task Force members devised a table-based, infant dosing method that will be used in ongoing and future COG clinical trials. The advantages of this new infant dosing method include less complexity, improved safety, and elimination of the need for dose calculations.