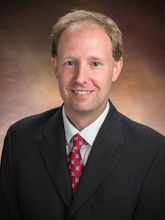 Children receiving intensive chemotherapy for acute myeloid leukemia (AML) face many risks. One unfortunate side effect of this treatment is the higher risk of developing invasive fungal disease. This can cause chemotherapy to be delayed and put patients at greater risk for complications and even death. Effective preventative interventions are needed to improve reduce the risk of invasive fungal disease and improve these patients’ lives.

A new multicenter study led by researchers at Children’s Hospital of Philadelphia (CHOP) as part of the Children’s Oncology Group (COG) found that pediatric AML patients who received the antifungal prophylaxis with caspofungin had significantly fewer cases of invasive fungal disease compared with those who received fluconazole. This is the largest randomized study to compare antifungal prophylaxis options specifically in a pediatric patient population. The results were published online on November 5 in the Journal of the American Medical Association.

The study enrolled 517 patients, with 508 completing the trial. After five months, the incidence of proven or probable invasive fungal disease was 3.1 percent among patients who received caspofungin compared with 7.2 percent among patients in the fluconazole group. The incidence of proven or probable aspergillosis, the most common invasive mold disease, was 0.5 percent among those in the caspofungin group versus 3.1 percent in the fluconazole group. There was no statistical difference in two-year overall survival.

“While antifungal medications have been studied in adult patients with AML in previous studies, this is the first time we could examine the effectiveness of different types of treatment in younger patients,” said Brian T. Fisher, DO, MPH, Director of the Pediatric Infectious Diseases Fellowship Training Program at CHOP and a senior scholar at the Penn Center for Clinical Epidemiology and Biostatistics.

Even though caspofungin appeared to be the more effective treatment of the two, Fisher said that it may not be the right option for every patient. For example, caspofungin can only be administered intravenously, whereas fluconazole can be given either intravenously or orally. Administering a daily intravenous medication at home may be challenging at centers that manage AML neutropenia in the outpatient setting.

The study was terminated before the full accrual of 550 patients had occurred due to an ad hoc interim analysis suggesting futility of the study. However, the final analysis included 114 more patients than the interim analysis and was inclusive of more complete outcome data for the entire cohort allowing for the detection of a statistically significant difference. Despite this limitation of the study, Fisher and his colleagues suggest that caspofungin be considered as a potential antifungal agent for prophylaxis during periods of neutropenia in pediatric patients with AML.