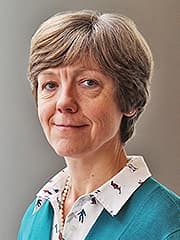 Véronique Lefebvre, PhD The skull performs an essential function: it gives shape to the head and, most importantly, protects the brain. However, the molecular and cellular processes that drive its development have been incompletely understood, particularly when it comes to skull abnormalities. A new study by researchers at Children’s Hospital of Philadelphia (CHOP) not only helps explain which genes are involved in skull development but also provides an “atlas” that describes which and how cell types participate in different aspects of the developmental process.

Using single-cell RNA sequencing (scRNA-seq), the researchers characterized the types of cells present in the mouse skull at five developmental stages: three during which progenitor cells – cells that have not yet become their destined cell type – progressively develop within a discrete location above the eye, migrate out of this tissue to cover the upper hemisphere of the head, and commit to a specific cell type; and two during which skull cells span a range of states, from progenitor to differentiated cell types building skull bones and overlying skin.

In developing this cell atlas, the researchers focused on a group of transcription factors known as SOXC that are highly expressed in various types of progenitor cells and control many processes from early organ development onward. SOXC belong to a large family of SOX proteins, most of which are master determinants of distinct cell types, such that variants in SOX genes cause severe developmental diseases, called SOXopathies. For example, variants of SOX4 and SOX11 cause neurodevelopmental syndromes with somatic defects that include craniosynostosis, when the skull bones fuse before the brain has fully formed, and mild structural abnormalities in skull, face, and digits.

Through their analysis, the researchers found that the expression of the SOXC transcription factors SOX4 and SOX11 was widespread and strong in early stages of skull development but faded over time. These factors contributed to ensure the development of skull bones, sutures (the fibrous bands of tissue connecting the skull bones), and the cranial dermis. The researchers also found that SOXC specifically promoted the development of highly proliferating and myofibroblast-like progenitor cells and promoted the expression of key genes responsible for the unique properties of these cells.

“We hope that the SOXC activities presented in this paper are not limited to skull development but also inform our understanding of gene expression signatures in many other developmental processes, as well as diseases like cancers, which have been linked to SOXC overexpression,” said Véronique Lefebvre, PhD, an investigator in the Translational Research Program in Pediatric Orthopaedics at CHOP and senior author of the study, which was published in Cell Reports. “Uncovering how these processes work will improve our understanding of multiple conditions, across the disease spectrum.”

The research was led by Marco Angelozzi, PhD, a post-doctoral fellow in Dr. Lefebvre’s lab.