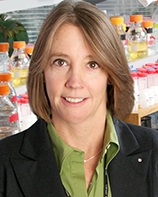 Beverly L. Davidson, PhD Children’s Hospital of Philadelphia (CHOP) announced today that Beverly L. Davidson, PhD, CHOP’s Chief Scientific Strategy Officer and Director of the Raymond G. Perelman Center for Cellular and Molecular Therapeutics, has been elected Vice President of the Board of Directors for the American Society of Gene and Cell Therapy (ASGCT), the largest association of individuals involved in gene and cell therapy research.

The ASGCT is made up of more than 2,500 members, including scientists, physicians, patient advocates and other professionals. The Society’s mission is to advance knowledge, awareness and education leading to the discovery and clinical application of genetic and cellular therapies to alleviate human disease.

Davidson has been an active member since the Society’s founding in 1986 and has a longstanding history as a committee member and Society leader. Having been elected by Society members to a three-year term in leadership, she joins the ASGCT Board of Directors as Vice President in 2019 and will ascend through the presidential line to become President in 2021-22.

“As a member of the Society for more than 30 years, I have seen enormous growth in the field of genetic and cellular therapies, as well as the incredible potential that lies ahead,” Davidson said. “I am honored to help guide decisions for an organization I care deeply about during this exciting time.”

Davidson’s research has been focused on inherited genetic diseases that affect the central nervous system, particularly childhood-onset neurodegenerative diseases such as Batten disease and lysosomal storage disorders. She has developed novel methods of delivering therapeutic genes to the central nervous system, is an expert on viral vectors and, as the Director of the Center for Cellular and Molecular Therapeutics at CHOP, has overseen the opening of the hospital’s new Clinical Manufacturing Facility, which will produce clinical-grade viral vectors to deliver cell and gene therapy for a variety of difficult-to-treat diseases.

“During her tenure at CHOP, Beverly has overseen our commitment to gene therapy at an incredibly important time,” said Bryan Wolf, MD, PhD, Chief Scientific Officer and Chair of the Department of Biomedical and Health Informatics at CHOP. “I can think of no better leader in the field of cellular and gene therapy right now than her, and her new leadership role in the Society is very well deserved.”