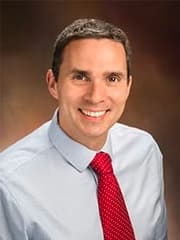 Ingo Helbig, MD Researchers from the Epilepsy Neurogenetics Initiative (ENGIN) at Children’s Hospital of Philadelphia (CHOP) found that across nearly 50,000 visits, patients continued to use telemedicine effectively even with the reopening of outpatient clinics a year after the onset of the COVID-19 pandemic. However, prominent barriers for socially vulnerable families and racial and ethnic minorities persist, suggesting more work is required to reach a wider population with telemedicine.

The findings, which represent the largest study of telemedicine in child neurology to date, were published today by the journal Developmental Medicine & Child Neurology.

The COVID-19 pandemic prompted a rapid and unprecedented conversion of outpatient clinical care from in-person visits to remote telehealth visits. While telemedicine had been used to deliver care for specific adult patient populations prior to the pandemic, the effectiveness of telemedicine in child neurology as a novel method of care had not been systematically explored. In a prior study published by Neurology in 2020, CHOP researchers found that patients and clinicians had a high rate of satisfaction with telemedicine and many on both sides were interested in using telemedicine for future visits.

To that end, the study team wanted to determine the long-term impact of telemedicine on child neurology care during the COVID-19 pandemic, factoring in the reopening of outpatient clinics. The observational study was based on a cohort of 34,837 in-person visits and 14,820 telemedicine outpatient visits between October 2019 and April 2021 across a total of 26,399 child neurology patients.

“In 2020, the COVID-19 pandemic necessitated the use of telemedicine visits, but now that telemedicine visits have been established as part of the care we are able to deliver, we had the opportunity to compare them more thoroughly to in-person visits,” said the study’s first author Michael Kaufman, MS, a data scientist with ENGIN at CHOP. “With data on nearly 15,000 telemedicine visits, we were able to identify trends in how telemedicine was being used by individuals of different demographic backgrounds, neurological conditions and other variables.”

The researchers found that telemedicine was a viable option for many patients and was utilized more often than in-person visits for certain patients, such as those with epilepsy and attention-deficit hyperactivity disorder. Other patients, such as those with certain neuromuscular and movement disorders, younger patients, and those needing specific procedures were less likely to receive care by telemedicine.

Additionally, the researchers found that self-reported racial and ethnic minority populations in the study as well as those with the highest social vulnerability – a measure of community resilience to stressors on human health – were less likely to participate in telemedicine visits. Two novel metrics were developed to determine access to telemedicine and track delayed care, which revealed further disparities. Some of the most vulnerable individuals were less likely to activate their online patient portals and were more likely to receive delayed care, compared to less vulnerable individuals.

“Our group has studied telemedicine extensively, and our findings demonstrate how telemedicine has become a standard component of child neurology care for many patients,” said Ingo Helbig, MD, a pediatric neurologist at CHOP, director of the genomic and data science core of CHOP’s Epilepsy Neurogenetics Initiative (ENGIN) and senior author on this study. “Increased use of telemedicine was prompted by a public health emergency, and so we need to make sure, as these new tools for patient care remain prevalent, that we’re continuing to learn about and address disparities in care and optimize access for socially vulnerable families, so that they have the tools necessary should another similar public health crisis occur.”

This study was supported by The Hartwell Foundation through an Individual Biomedical Research Award; the National Institute for Neurological Disorders and Stroke grants K02 NS112600 and K23 NS102521; the Center Without Walls on ion channel function in epilepsy “Channelopathy-associated Research Center” grant U54 NS108874; the Eunice Kennedy Shriver National Institute of Child Health and Human Development through the Intellectual and Developmental Disabilities Research Center (IDDRC) at Children’s Hospital of Philadelphia and the University of Pennsylvania grant U54 HD086984; intramural funds of  Children’s Hospital of Philadelphia through the Epilepsy NeuroGenetics Initiative (ENGIN); and the National Center for Advancing Translational Sciences of the National Institutes of Health through the Institute for Translational Medicine and Therapeutics’ (ITMAT) Transdisciplinary Program in Translational Medicine and Therapeutics at the Perelman School of Medicine of the University of Pennsylvania grant UL1TR001878.