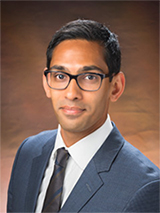 Apurva Shah, MD, MBA Opioid drugs prescribed to children for pain relief after a typical pediatric orthopaedic procedure may be significantly overprescribed, according to a new study by researchers at Children’s Hospital of Philadelphia (CHOP). The patients used less than 25 percent of the drugs, suggesting a potential risk of opioid diversion.

The findings were published on January 16, 2019, in the Journal of Bone and Joint Surgery.

Opioid diversion and non-medical use of opioids are tremendous challenges as the medical community strives to achieve improved opioid stewardship. This is especially true in orthopaedics. Across the country, more than half of all opioid prescriptions were given to patients discharged by orthopaedic surgeons.

Additionally, about 40 percent of adolescents who took opioids for non-medical reasons had access to them from leftover prescriptions. Adolescents are also more likely to abuse substances as adults if they have used opioids for both medical and non-medical reasons. While younger children are less likely to abuse opioids, accidental ingestion is on the rise and can result in significant injury or death.

“When we’re prescribing analgesic opioids for young patients, we not only want to avoid overtreating this group of patients, but we also want to make sure we’re not undertreating pain as they recover from surgery,” said Apurva Shah, MD, MBA, an orthopaedic surgeon at CHOP, Co-director of the Brachial Plexus Injury Program and lead author of this study.

To determine the optimal dose of opioids that should be prescribed, Shah and his colleagues launched a prospective study of patients who underwent closed reduction and percutaneous pinning (CRPP) of supracondylar humerus (SCH) fractures — the most common elbow fracture in children. The patients’ families received text messages twice a day asking the patient to rate their level of pain using the Faces Pain Scale, a self-reporting pain measure developed specifically for children.

A total of 81 patients with a mean age of 6.1 years old were enrolled in the study. As expected, pain ratings were highest on arrival to the emergency department and the first day after the operation, with mean pain ratings and opioid doses decreasing by the third day.

“This study suggests that orthopaedic surgeons really need to think about our current prescribing practices and how we can help decrease the potential for overprescription and opioid diversion,” Shah said. “Based on this study, which we believe can be applied to other common types of orthopaedic injuries, a prescription for a much shorter period of time seems to be appropriate.”

The authors also suggest a prospective study to investigate whether non-narcotic analgesic medications are as effective in managing pain for patients who experience these common childhood injuries.