A new study in Nature, led by researchers at Children’s Hospital of Philadelphia (CHOP) and the University of Pennsylvania’s Perelman School of Medicine, has documented the longest persistence of CAR T cell therapy to date, with two adult leukemia patients in remission showing detectable levels of cancer-fighting cells a decade after infusion. The study provides important insights into how long the novel treatment might last and whether and how remissions due to CAR T persist.

Developed at CHOP and Penn, chimeric antigen receptor (CAR) T cell therapy is a type of immunotherapy that involves collecting a patient’s T cells, modifying them to recognize and attack cancer cells, and infusing the resulting “living drug” back into patients to eradicate the cancer. The patients described in the paper were infused in 2010 at Penn’s Abramson Cancer Center as part of the phase I trial for CAR T therapy to treat chronic lymphocytic leukemia (CLL), making them the first to ever receive the personalized treatment. However, until now, the long-term effects had not been studied. 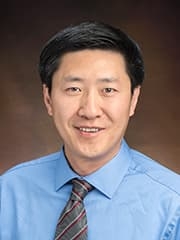 Kai Tan, PhD Using advanced scientific techniques, including single cell analysis by the CHOP Center for Single Cell Biology, the researchers found that over time, highly activated CD4+ cells became the dominant CAR T cell type, eventually making up over 99.6% of cells in one patient and 97.6% in the other. Single-cell profiling demonstrated that these long-persisting CD4+ CAR T cells exhibited cytotoxic characteristics along with ongoing functional activation and proliferation. The dominance by CD4+ CAR T cells occurred in the remission phase, after an initial phase where CD8+ T cells and gamma delta CAR T cells predominated.

“Through our single cell analysis, we were surprised to find that CD4+ cells eventually made up nearly all CAR T cells in both patients, and that these cells continued to show cancer-killing characteristics a decade after treatment,” said co-senior author Kai Tan, PhD, professor of pediatrics and Director of the Center for Single Cell Biology at Children’s Hospital of Philadelphia. “These findings help us to understand the CAR T cell characteristics associated with anti-cancer response and long-term remission in leukemia, which will aid researchers refining this treatment, particularly for other cancers and diseases.”

“Our study highlights the enormous potential of single-cell technologies to reveal new and unexpected insights in cancer immunotherapy,” said Gregory Chen, an MD/PhD student in the Tan Lab and co-lead author of the study. “This was a highly collaborative effort that would have not been possible without the contribution of the physicians, scientists, trainees, and patients involved in the study.”

Other co-authors from CHOP include MD/PhD student Shovik Bandyopadhyay and postdoctoral fellows Changya Chen and Peng Gao. Read more about the study in this press release from Penn Medicine, and learn more about CHOP’s pioneering role in CAR T cell therapy here.