Children’s Hospital of Philadelphia (CHOP) is proud to announce The Evan’s Victory Against Neuroblastoma Foundation (The EVAN Foundation) has pledged to continue its support of the Evan Lindberg Neuroblastoma Research Scholars Program. Established in 2015, the Scholars Program supports exceptional early-career scientists at CHOP who are dedicated to finding a cure for neuroblastoma. 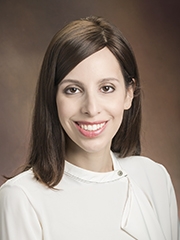 ‘We are excited to renew our support for this unique program that was inspired by our son,” said Wendy and Gavin Lindberg. “Ten years after his passing, Evan continues his courageous battle against neuroblastoma on behalf of children currently in treatment and those who will be diagnosed tomorrow.  Evan would be proud of Dr. Berko and her dedication to making a difference for kids like him.”

“Dr. Berko is undoubtedly well on her way to becoming an independent physician scientist who will have a significant impact in the cancer research field and in the lives of children with neuroblastoma,” said Dr. Mossé, an Associate Professor of Pediatrics at CHOP’s Cancer Center and steward of the Scholars Program. “Having Dr. Berko based in Tel Aviv creates a unique collaborative arrangement among CHOP, The EVAN Foundation and Schneider Children’s Hospital.”

In 2011, Wendy and Gavin Lindberg established The EVAN Foundation in honor of their son Evan who passed away from neuroblastoma at age 7. During Evan’s treatment at CHOP, the family was impressed with the groundbreaking research being conducted, particularly Dr. Mossé’s discovery of a mutation in the anaplastic lymphoma kinase (ALK) gene that causes growth of certain neuroblastoma tumors. Evan’s tumor tested positive for the mutation. In early 2010, Evan was one of the first participants in a clinical trial launched by Dr. Mossé using a drug that targets ALK. Unfortunately, the therapy was not effective for Evan, and he passed away in October 2010.

Dr. Mossé and her team learned a great deal from Evan and remain inspired by his strength and courage.  Thanks in part to Evan, they have made significant advances in understanding the role of ALK in the growth of neuroblastoma tumors and have developed several treatment strategies that have translated into clinical trials.

The Lindbergs have dedicated the rest of their lives to finding a cure for neuroblastoma through their work with The EVAN Foundation. Since its establishment, the foundation has awarded more than $700,000 in neuroblastoma research at CHOP and other institutions. Past awardees of the Evan Lindberg Neuroblastoma Research Scholars Program include Olivia Padovan-Merhar, MD, PhD, and Kris Bosse, MD.

The EVAN Foundation also sponsors the popular Treats & Treasures Cart program on the inpatient oncology floor at CHOP. Packed with toys and tasty snacks, the Cart is rounded weekly to all rooms. Oncology patients enduring long and difficult inpatient stays get to choose what they want at no cost. CHOP is one of eight children’s hospitals across the country with an EVAN Foundation Treats & Treasures Cart.