A devastating form of childhood epilepsy brought on after a minor infection has confounded researchers for almost a decade. An international study led by researchers at Children’s Hospital of Philadelphia (CHOP) has shown that while genetic causes behind other rare forms of childhood epilepsy can be successfully identified on a regular basis, those known genetic causes are not the culprit in this case, suggesting new strategies should be explored to treat these patients. The findings were published online by the Annals of Clinical and Translational Neurology.

Febrile infection-related epilepsy syndrome (FIRES) is a catastrophic form of epilepsy that affects previously healthy children between the ages of 3 and 15, causing them to experience back-to-back seizures that continue or recur for at least 24 hours. This typically results in admittance to an intensive care unit for weeks at a time and is followed by chronic epilepsy and leaves many children with neurological impairment. Even though seizures following infections are relatively common in children, FIRES is very rare and only affects about 50 children in the United States annually. 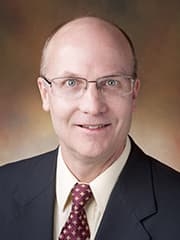 Dennis Dlugos, MD “Seizures with fever are common in both mild and severe neurological disorders in children,” says Dennis Dlugos, MD, a pediatric neurologist who holds the Catherine D. Brown Endowed Chair in Pediatric Epilepsy and is part of the leadership of CHOP’s Epilepsy Neurogenetics Initiative (ENGIN). “However, among all these disorders, FIRES stands out because of its severity and lack of apparent causes. All we can find in children with FIRES is a mild infection before the onset of seizures that had already run its course before seizures start. This is completely out of proportion to the severity of seizures that these children are experiencing.”

Generally, a genetic cause can be found in a high proportion of children with severe epilepsies. However, despite an in-depth analysis of data collected for almost a decade, the cause of FIRES remains elusive. Not a single patient with FIRES tested positive for known epilepsy genes, prompting researchers to search for novel causes.

Ingo Helbig, MD “FIRES has all the features of an epilepsy that we should be able to understand through genetics,” said Ingo Helbig, MD, a pediatric neurologist at Children’s Hospital of Philadelphia (CHOP), director of the genomic and data science core of ENGIN and lead investigator on this study. “In fact, many efforts in developing new epilepsy medications are based on genetic findings. However, our findings in this particular form of severe epilepsy are negative throughout.”

This latest study reports on the genetic finding in 50 patients with FIRES, who have been recruited in Europe and the US over the last decade since this form of epilepsy was first identified. The study team used whole-exome sequencing, which surveys most genes in the human genome for causative changes and is often used in clinical practice to identify the genetic causes of severe epilepsy. In addition, they performed Human Leukocyte Antigen (HLA) sequencing, which has been used to find genetic changes linked to auto-immune diseases.

The researchers were unable to find any genetic variants that have been observed in other forms of childhood epilepsy or other neurodevelopmental disorders. Several potential candidates were identified, but none were considered disease-causing given the current state of knowledge. However, while a genetic basis for FIRES was not found, the study team believes these findings are still helpful in prioritizing diagnostic techniques for these patients. Other diagnostic methods should be considered, such as whole-genome sequencing, but clinicians should also consider examining non-genetic causes.

This work was supported by intramural funds of CHOP through ENGIN, the German Research Foundation (HE5415/3-1) within the EuroEPINOMICS framework of the European Science Foundation, the German Research Foundation (DFG, HE5415/5-1, HE5415/6-1), and by DFG Research Unit FOR2715 (HE5415/7-1). The project was further supported by the Center Without Walls on ion channel function in epilepsy ("Channelopathy-associated Research Center"), the National Institute for Neurological Disorders and Stroke (U54 NS108874), the Agence Nationale de la Recherche in France under the “Investissements d’avenir” program (ANR-10-IAHU-01) and the Fondation Bettencourt Schueller. This work is part of the Centers for Common Disease Genomics (CCDG) program, funded by the National Human Genome Research Institute (NHGRI) and the National Heart, Lung, and Blood Institute (NHLBI). This work was also supported by CCDG-funded Epi25 research activities at the Broad Institute, including genomic data generation in the Broad Genomics Platform (NHGRI grant UM1 HG008895). The Genome Sequencing Program efforts were also supported by NHGRI grant 5U01HG009088-02.