CHOP Researcher: Within Each Hospital, Medicaid Status Has Little Effect on Inpatient Costs, Length of Stay for Matched Patients

Children covered by Medicaid and equally sick children not covered by Medicaid received essentially similar asthma treatment in a given pediatric hospital, according to a new study. In a national sample, researchers analyzed hospital practice patterns by comparing inpatient costs, lengths of stay and use of the intensive care unit (ICU). 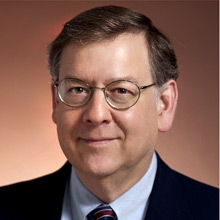 Jeffrey H. Silber, MD, PhD Silber and colleagues from CHOP and the Perelman School of Medicine at the University of Pennsylvania co-authored the study appearing today in Pediatrics.

The research team studied more than 17,000 pairs of pediatric asthma inpatients, matched for age, sex and asthma severity, from 40 major U.S. children’s hospitals in the Pediatric Health Information dataset. All the children were admitted for acute asthma during 2011 to 2014.

The authors chose asthma, because it’s the most prevalent chronic illness among children, and is a leading cause of hospitalization among U.S. children aged 1 to 15 years.

Unlike many previous studies, Silber said, using matched pairs of patients helped ensure that patient populations had similar clinical presentations, such as severity of illness. The authors write in the paper, “This is very different from asking whether Medicaid patients are more expensive because they are sicker.” Silber added, “This matching methodology allowed us to better compare patient resource usage within hospitals,” he said.

Silber concluded that “Ongoing monitoring for disparities in treatment is a fundamental responsibility of any insurance system, but must be done with great care.” He added, “We have demonstrated that multivariate matching is ideally suited to ensure fairness when comparing groups of children, allowing for more meaningful audits, and for potentially actionable results should differential care be observed. For asthma, we are glad to report that we did not find meaningful differences in treatment style between Medicaid and non-Medicaid children hospitalized for asthma inside children’s hospitals.”