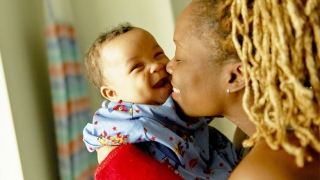 As of early February 2015, more than 100 cases of measles in 17 states have been reported – including one case here in Pennsylvania. The outbreak began at Disneyland in California and most of the people who have gotten sick were not vaccinated against the disease.

At CHOP, our doctors have been responding to a steady stream of questions from concerned parents who want to better understand the outbreak, how they can keep their kids protected and what the truth is in the debate about vaccinations.

Q: What is measles?

A: Measles is a highly contagious, viral respiratory illness that can cause:

Some people with measles may experience complications, such as pneumonia, swelling of the brain, seizures and in extreme cases death. Once a common childhood illness that affected mostly preschool- and school-aged children, measles has been relatively nonexistent in the U.S. in recent years. This is the result of widespread vaccination.

Q: How can I protect my family during measles outbreaks?

A: Children and adults should make sure they are up to date on their recommended vaccinations – all of them. Because measles is highly contagious, it’s also important for parents to take precautions with children who are either too young to be vaccinated or who cannot get the vaccine for medical reasons.

If you live in or are visiting an area where multiple cases of measles have recently been reported, it’s important to limit  your susceptible child’s exposure to other people and public areas where infected people might have visited.

During periods when outbreaks are not occurring, it’s safe to run normal errands with your baby — just be sure to practice the usual precautions to keep your child from getting sick: Don’t allow strangers to hold or play with your baby; keep your child away from anyone with a cough; and make sure you and your family wash your hands regularly.

Q: I’ve heard that infants traveling outside of the country who are older than 6 months can get the MMR vaccine. Can my child get vaccinated before he’s 12 months old?

A: A mother who has been immunized with the MMR vaccine or previously had the measles passes on antibodies to her unborn baby. She also continues to pass them to her children while breastfeeding. These antibodies provide protection for up to six months, and possibly longer. This is the main reason babies are not typically recommended to get the vaccine before 1 year of age.

The current outbreak has not changed this recommendation. If the outbreak turns into an epidemic, however, it’s possible these recommendations would be changed at least temporarily.

MMR is still recommended for children 6 months and older prior to international travel to countries or regions with ongoing measles transmission (such as the Philippines).

Q: If the vaccine is so effective, and 90 percent of U.S. population has been vaccinated, why is measles spreading?

A: The MMR vaccine is extremely effective — about 95 to 99 of 100 people who have been vaccinated will be protected. However, measles is extremely contagious. At a popular attraction like Disneyland, where crowds of people are gathered, a person with measles could expose many others. Unfortunately, some of those exposed may not be immune because they are too young to be immunized, they have a medical reason why they cannot be immunized, they may never have received the vaccination by choice, or they are one of the few for whom the vaccine didn’t work. For these reasons, measles can quickly spread through a population.

Q: Is the measles vaccine safe?

On the flip side, children who do not receive vaccines are at increased risk of suffering from a vaccine-preventable disease.