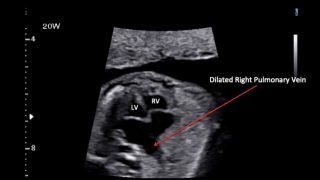 Figure 1: Dilated fetal heart at 20 weeks gestation. Note the oddly enlarged and dilated right pulmonary vein as it enters the left atrium. At 20 weeks of her pregnancy, Robyn T. went to her obstetrician for a routine second trimester ultrasound when something did not look right. The fetal heart appeared very enlarged and oddly misshapen. Referral was made to the Fetal Heart Program at Children’s Hospital of Philadelphia for further evaluation.

Upon fetal echocardiography, it was clear that something very serious was wrong. The heart appeared severely enlarged, with an unusual appearance to the left atrium (Figure 1). Besides the size and shape of the heart, there were no other cardiac structural abnormalities. There were no septal defects and the valves were all structurally normal with normal right and left ventricular outflow tracts and a normal aorta. The ductus arteriosus was present, but curiously, the flow was completely retrograde from aorta into the pulmonary artery, the opposite of the normal direction of pulmonary artery-to-aorta. 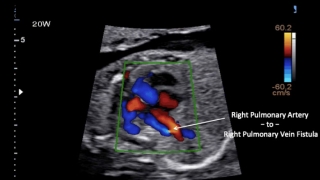 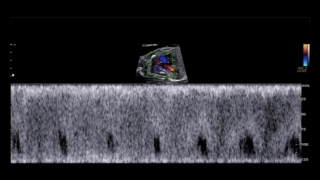 Figure 3: Spectral Doppler signal from the site of the PAVF demonstrates high-velocity turbulent and continuous flow, reflecting the torrential shunting taking place from pulmonary artery into pulmonary vein. PAVF is a rare condition in which pulmonary arterial blood flow shunts through an abnormal connection into the low-pressure pulmonary vein and left atrium. Blood is diverted away from the lung bed, with the potential for massive volume overload of the left side of the heart. Diagnosis of PAVF in utero is extremely rare, and when present is often a lethal condition. There are a variety of unique aspects to this condition when detected in fetal life.

First, lung-based oxygenation is not present in utero. The pulmonary vasculature is normally under high resistance with blood mostly bypassing the alveolar units and with oxygenation taking place at the placenta, not the fetal lung. Bypass of right pulmonary artery blood into the right pulmonary vein does not cause any hypoxia in utero. However, due to the rapid transit of blood from pulmonary artery to pulmonary vein through the PAVF, a volume load is created. Furthermore, as the pathway of least resistance through the lung is now through the PAVF, flow in the ductus arteriosus is drawn retrograde away from the body and into the pulmonary artery through the PAVF, further creating a volume load on the fetal heart. This can lead to a progressive “steal” of blood from the systemic circulation, heart failure and fetal hydrops with the risk of fetal demise.

Second, once the fetus is delivered and the lung opens up for potential oxygenation, there is the probability for high volume steal of desaturated blood away from the lung and into the left side of the heart resulting in severe hypoxia.

With this information at hand, Robyn and her spouse Nick were counseled to continue high level surveillance at the FHP and Center for Fetal Diagnosis and Treatment. Delivery at CHOP’s Garbose Family Special Delivery Unit (SDU) was recommended. The management strategy proposed was to monitor the fetal circulation weekly for early signs of heart failure and to apply sophisticated Doppler echocardiography techniques to calculate combined cardiac output measures during gestation.

Once reaching 37 weeks maturity, a unique delivery strategy — an Immediate Postpartum Access to Cardiac Therapy (IMPACT) delivery — would then be undertaken. This strategy involves a cesarean delivery performed in the Cardiac operating rooms at CHOP. The newborn is then immediately taken to an adjacent interventional cardiovascular suite where a heart team is waiting for rapid assessment and therapeutic intervention.

The IMPACT strategy was developed at CHOP and has been successfully utilized in conditions such as transposition of the great arteries with intact atrial septum, hypoplastic left heart with restrictive atrial septum, congenital complete heart block and other complex conditions in which newborn difficulties are anticipated at separation from maternal placental support. 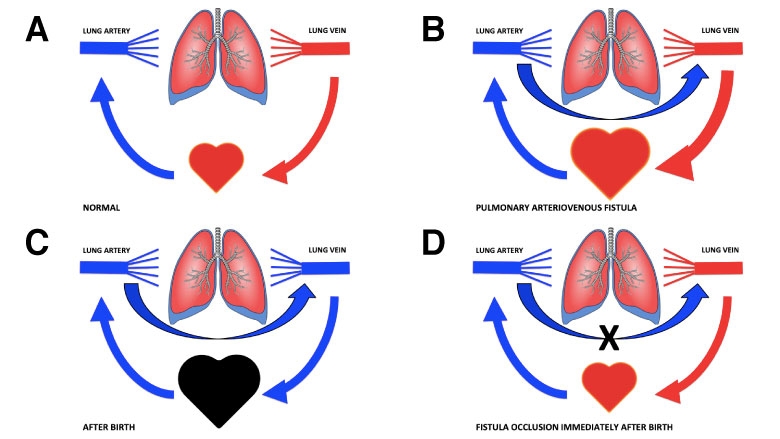 Figure 4: Sequence of diagrams demonstrating the physiology of PAVF and our treatment strategy. A. Normal flow of blood from pulmonary artery through the lungs into the pulmonary vein. B. The presence of a PAVF in the fetus allows for blood to bypass the lung and flood the heart causing volume overload and cardiomegaly. C. At birth, pulmonary arterial blood flow carrying desaturated blood will bypass the lung gas-exchange unit leading to massive shunting of such blood to the left side of the heart causing the potential for severe hypoxia. D. Rapid occlusion of the PAVF connection at birth would eliminate the shunt and re-direct desaturated blood into the lung, leading to improved systemic oxygenation and reduction in volume load.

In this case of a fetal PAVF, the objective would be an immediate cardiac catheterization procedure with deployment of a vascular occluder device to urgently close the PAVF communication. Knowing that the clock is ticking with the potential for severe hypoxia as soon as the baby is separated from placental circulation, efficient orchestration of the IMPACT with rapid assessment and intervention in the first few moments of life would be the key to a successful outcome (Figures 4 A-D).

Serial fetal echocardiography from 20 weeks of gestation and onward demonstrated progressive increase in heart size. By 32 weeks of gestation, the fetal heart had a cardiothoracic area ratio of 0.6, twice normal. Combined cardiac output had reached levels of nearly 900 cc/kg/min, with normal being 400–500 cc/kg/min. No signs of hydrops were present. The heart was functioning at its capacity with significant strain, but the fetus appeared to be stable and growing well. 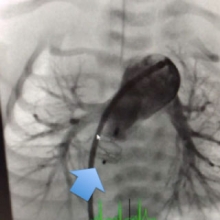 Figure 5: Angiographic image of the pulmonary artery immediately following deployment of the vascular occlude device. The blue arrow points to the device now situated in the PAVF connection. IMPACT delivery was undertaken at 37 weeks gestation with c-section in the Cardiac operating room at CHOP. Amelia was born with a strong cry, but was profoundly blue and quickly deteriorated. At a good size of 3.3 kg, Amelia was rushed to the adjacent Hybrid Suite where cardiac anesthesiologists Lisa Montenegro, MD, and Susan Nicolson, MD, obtained vascular access, secured the airway and stabilized the newborn. An echocardiogram confirmed the findings of massively dilated left side of the heart.

Cardiac catheterization was rapidly initiated by Jonathan J. Rome, MD, Director of Cardiac Catheterization, with identification of the site of the PAVF connection in the right lung. A torrential amount of blood was pouring through this connection to the pulmonary vein. An AGA Medical 8 mm Amplatzer™ Vascular Plug 2 occluder device was deployed into the PAVF, occluding the connection and eliminating the shunt (Figure 5). Within seconds, the pulse oximeter reached near normal oxygen levels. The PAVF connection was gone and desaturated blood was flowing into the right lung.

A pathway for improved outcomes 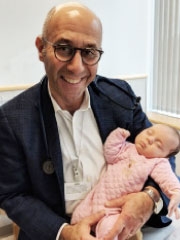 Figure 6A: Amelia T. pictured at 6 weeks with Dr. Rychik following successful treatment strategy. Amelia remained in the hospital for recovery and observation for several days. She is currently at home with oxygen saturation of 100% in room air and maintained on a small dose of aspirin as an anti-platelet agent.

This case represents the potential of what can be done when an experienced, multidisciplinary team approach is undertaken for complex situations. An understanding of the fetal and postnatal physiology of this rare condition, the ability to perform high-level fetal cardiovascular imaging, careful serial prenatal surveillance, excellent maternal pregnancy care, and the capacity for delivery in a facility at a children’s hospital allowing for immediate care at birth with access to highly skilled practitioners who can perform neonatal interventions — these are the elements 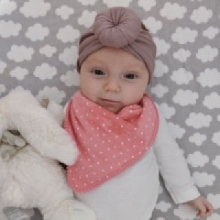 Figure 6B: Amelia at 3 months. necessary to have in place in order to take on an otherwise lethal condition and create a pathway for survival with an excellent outcome.

Amelia’s prognosis is guarded, as there are few reports of survival of fetal PAVF. However, her care team is optimistic based on her current excellent oxygenation, good growth and development to date (Figures 6 A and B).