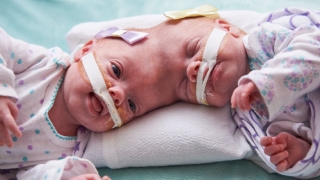 Erin and Abby Delaney were the 24th set of conjoined twins separated at CHOP When imaging showed their unborn twins were joined at the head, Heather and Riley Delaney sought out the hospital with the most experience in twin separation surgery: Children’s Hospital of Philadelphia (CHOP). After months of prenatal care, Abby and Erin Delaney were born in July 2016 at the Garbose Family Special Delivery Unit at CHOP.

As the twins grew, their care team undertook meticulous planning. In June 2017, the girls were separated during an 11-hour surgery that involved more than 30 team members. 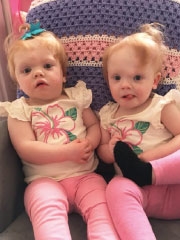 Their recovery since then has been so remarkable, the lead surgeons for their separation recently had a paper published in the prestigious New England Journal of Medicine detailing the novel techniques the team used to reconfigure the girls’ skulls and tissue before surgery. This approach led to a better, safer surgery and allowed the team to separate the twins when they were younger — all factors that contributed to their recovery.

Now 2 years old, the girls are at home in North Carolina and making amazing progress — with their proud parents right by their sides. They travel to CHOP every three months for appointments. Their skulls are incomplete as a result of being separated, and the team is evaluating when will be the best time to perform surgery to repair the bones.

Donations to CHOP help fuel breakthrough care for patients like the Delaney twins. Watch our video update on Erin and Abby.