A new preclinical study by researchers at Children’s Hospital of Philadelphia (CHOP) has found that side-effects of oxygen therapy in the neonatal period increase susceptibility to influenza infection by eliminating protection via the lung circadian clock. The findings were published in eLife.

Premature infants are born with very immature lungs, which necessitates life-saving oxygen therapy. However, the inadvertent side effect of this therapy is a condition known as hyperoxia. Hyperoxia is the key risk factor for developing bronchopulmonary dysplasia (BPD), which results from the lungs not developing appropriately. It is chronic condition that makes these patients more susceptible to other diseases of the lung – including asthma, COPD, and respiratory infections like influenza – later in life.

Previous research done at the University of Pennsylvania and CHOP has shown that circadian rhythms offer a protection against influenza, with mortality three times lower if animal models are infected in the morning rather than in the evening. However, until now, researchers had not established a connection between neonatal hyperoxia, circadian clock disruption, and influenza infection. 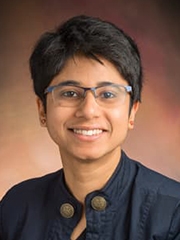 Shaon Sengupta, MBBS, MPH Although the suprachiasmatic nucleus (SCN) is the master circadian pacemaker in the body, peripheral tissues, including the lungs, also have their own circadian clocks. To identify the location of the clock responsible for the increase in susceptibility to influenza, the researchers knocked out the core clock gene Bmal1 in an adult mouse models. They found that disrupting Bmal1 in alveolar type II (AT2) cells, which are critical in maintaining lung function and integrity, produced the same phenotype as mouse models that had been exposed to neonatal hyperoxia, suggesting that early life hyperoxia disrupts the circadian regulation of the pulmonary response to hyperoxia through the AT2 clock.

“Our work here suggests that a unique window exists in the lung in the early neonatal period that affects circadian regulation throughout life,” said Shaon Sengupta, MBBS, MPH, attending neonatologist in the Division of Neonatology at CHOP. “Children born prematurely and suffering from even mild BPD have persistent adverse effects on their lung function into adulthood and beyond, so the current study could pave the way for novel therapeutics and chronobiological strategies for this vulnerable population.”

Read more about the findings here.