Siblings Learn to Deal with Emotions of a Dying Brother 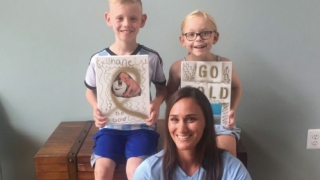 Chase and Ella, with PACT child life specialist Kelly Goldin, who used art projects (at right) to help them handle their emotions and grief. After her 8-month-old baby, Shane, was diagnosed with a rare and deadly cancer, Michele Metzgar’s concern expanded beyond her sick son to include her two older children, Chase, then 8, and Ella, 3.

“Once we understood that Shane’s cancer was terminal, I asked how they would help prepare our older children for what was happening,” Metzgar says. “My concern was that not dealing with their emotions could lead to disruptive behaviors and bad habits that could last into adulthood.”

The Metzgar family was introduced to CHOP's Justin Michael Ingerman Center for Palliative Care team, which provides palliative care for children facing life-limiting and life-threatening diagnoses and their families. In addition to treating symptoms and side effects of disease and treatment, palliative care also treats emotional, social, practical and spiritual problems that serious illnesses bring to families. It differs from hospice care, which provides support near the end of life, by often beginning earlier in a disease process, when families need help with both managing symptoms and making decisions for care. Some palliative care happens at the hospital; some happens at the family’s home. The Center for Palliative Care provides both.

The Center for Palliative Care psychosocial staff, including social workers, a chaplain, child life specialists, art therapists and a bereavement coordinator, collaborate to determine what level and type of support will be most helpful to patients, siblings and parents in the home. 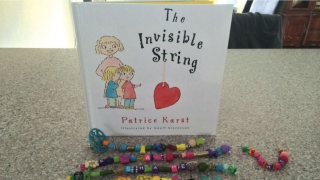 For the Metzgars, that meant child life specialist Kelly Goldin, CCLS, CTRS, began coming to their home to work with Chase and Ella. Using fun art projects — glitter was involved — and medical play, Goldin helped Ella have a basic understanding of Shane’s illness. With Chase, Goldin planned activities that gave him ways to express his emotions.

“During one visit, Kelly took Polaroids of Chase making different faces expressing a variety of emotions he was feeling,” Metzgar remembers. “Then he could put up a picture to tell us how he was feeling on a particular day.”

As Shane’s health deteriorated, the Center for Palliative Care’s social worker, chaplain and bereavement social worker helped the family prepare for a death at home and Shane’s funeral, “so we wouldn’t have to make all those decisions in the midst of our grief,” Metzgar says.

Shane was 19 months old when he died, peacefully, at home. Goldin helped Chase and Ella decide how they wanted to say goodbye to their baby brother, and both chose to see and hold Shane one more time. 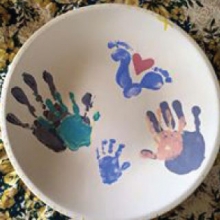 Care from the Center for Palliative Care didn’t end there. Goldin continued to visit Chase and Ella regularly for a year, and has come for sessions when needed beyond that. The Center for Palliative Care even came to Chase’s school and helped him explain to his fellow students about his emotions, and then held a separate session for classmates’ parents so they could learn how to talk to their own children about it.

“There’s still a lot of grief, even three years later,” Metzgar says, “but because of the work of the Center for Palliative Care team, we’re able to talk about it. Kelly gave Chase a vocabulary to discuss these feelings and has continued to work with Ella as her grief has changed as she’s gotten older. They’re able to live their lives as normally as they can because of Kelly.”