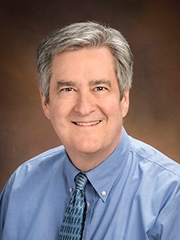 Stephen P. Hunger, MD A new study by a multi-institutional group of pediatric cancer researchers, including those at Children’s Hospital of Philadelphia (CHOP), has characterized the genomic landscape for acute lymphoblastic leukemia (ALL), the most common pediatric cancer. By identifying the number and type of recurrently altered genes in pediatric ALL, the researchers have deepened the understanding of ALL drivers and associated outcomes, which could lead to a better understanding of disease progression and more effective treatments. The findings were published today in Nature Genetics.

“This study breaks new ground in terms of defining the many different genetic subtypes of ALL, several of which were newly discovered as a result of this research,” said co-senior author Stephen P. Hunger, MD, Chief of the Division of Oncology and Director of the Center for Childhood Cancer Research at Children’s Hospital of Philadelphia. “By identifying a broad landscape of mutations that are implicated in ALL, we now have new targets and pathways we can try to exploit to improve cure rates and reduce negative treatment side effects.”

The researchers used a combination of whole exome, whole genome, and transcriptome sequencing, as well as single nucleotide polymorphism array, to analyze samples from 2,754 children, adolescents, and young adults with newly diagnosed B-ALL or T-ALL. The cohort represents the largest group of ALL samples to date.

Overall, the researchers identified 376 potential cancer driver genes, 70 of which had not been previously implicated in ALL. Of those 70 driver genes, 43 have been reported in other solid tumors or blood cancers, but not ALL. Twenty-seven had not been previously reported in human cancer. The 70 novel driver genes were associated with cellular processes like ubiquitination, SUMOylation, non-coding transcripts and other functions.

Learn more about the researchers’ findings in this press release.