Researchers at Children’s Hospital of Philadelphia (CHOP) have demonstrated that an experimental device can improve blood sugar control in patients who developed diabetes after their pancreas was removed to treat their hyperinsulinism, a genetic disease in which the pancreas produces too much insulin. Using a combination of continuous glucose monitoring, two hormone pumps, and an algorithm, the device, known as the bihormonal bionic pancreas (BHBP) and developed by researchers at Boston University, helped HI patients with diabetes maintain stable glucose levels over the study period. 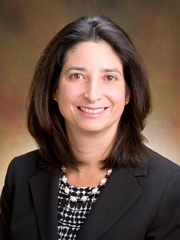 “Managing glucose levels in patients with HI and post-pancreatectomy diabetes is extremely challenging because they have residual insulin that is highly dysregulated, so they often fluctuate between low blood sugar and high blood sugar,” said Diva D. De León-Crutchlow, MD, Chief of the Division of Endocrinology and Diabetes and Director of the Congenital Hyperinsulinism Center at Children’s Hospital of Philadelphia. “Our study shows that the bihormonal bionic pancreas offers glycemic control to these patients without the risk of human error in calculating doses.”

Congenital HI is a genetic disorder in which the insulin cells of the pancreas, called beta cells, secrete too much insulin. Because insulin helps shuttle glucose from the blood into the cells, excess insulin causes low blood sugar, or hypoglycemia, a dangerous condition that can lead to seizures, brain damage and possibly death. Although approximately 50% of children with the condition respond to medical therapy, the other half require surgery for a partial or near total removal of their pancreas. Doing so leads to post-pancreatectomy diabetes (PPD) and dysregulated production of glucagon, a hormone formed in the pancreas which promotes the breakdown of glycogen to glucose in the liver.

Currently, HI treatment after the removal of the pancreas involves waiting until the hypoglycemia associated with HI tips over to hyperglycemia due to the lack of insulin. At that point, the patients can be treated with small amounts of insulin, the levels of which must be calculated by a caregiver. However, that approach involves a delay in care, and given the swings between hypo- and hyperglycemia, the proper calculation of dosage and timing can be stressful for families.

Instead, researchers from CHOP, Massachusetts General Hospital, and Boston University investigated the use of the bihormonal bionic pancreas (BHBP) in HI patients, so that treatment could occur sooner and administered more quickly. The BHBP works by autonomously administering insulin and glucagon based on plasma glucose levels detected by a continuous glucose monitor (CGM); an algorithm calculates the exact dosage based on the CGM measurements.

The researchers enrolled 10 patients with HI and PPD. The patients spent two periods of three nights each using two methods of blood glucose control: one period using their own insulin pump, and one using the BHBP. Although the differences between the two periods were not large due to small sample size, the results showed a trend towards an overall improvement of blood sugar control in the BHBP period relative to the period in which patients used their own insulin pumps. The patients in the study had varying levels of control of their blood glucose levels at the start of the study, but all patients were able to keep their levels in the appropriate range during the BHBP period. None of the patients experienced severe hypoglycemia during the BHBP period.

“Given the promising results of this pilot study, larger and longer studies using the newer BHBP device in this population to establish the long-term benefit and risks of the BHBP should be pursued,” Dr. De León-Crutchlow said.