While sudden cardiac death is undeniably devastating to a patient’s family, friends and often to whole communities, cardiology experts disagree on whether to screen all U.S. children for underlying heart problems that put them at risk for a sudden cardiac arrest (SCA). A person suffering a SCA requires immediate interventions to survive.

A diverse group of uncommon congenital heart defects and genetic conditions may put a child in danger of SCA, and at least two-thirds of these defects and conditions can be identified by an electrocardiogram (ECG), the test that analyzes the heart’s electrical function. Much of the current debate centers on the practicalities and cost of universal ECG screening. 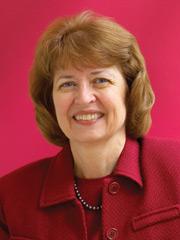 Two clinicians offered opposing commentaries on the controversy in the August 19 issue of Circulation, the journal of the American Heart Association.

Victoria L. Vetter, MD, MPH, a pediatric cardiologist and medical director of Youth Heart Watch in the Cardiac Center of The Children’s Hospital of Philadelphia, strongly advocates using ECGs to screen all newborns, children and teenagers in primary care facilities or in clinic or community settings. “Many of the conditions responsible for sudden cardiac arrest and death are subtle and not evident as they are genetically based and are silent until a sudden arrest occurs,” said Vetter, “To prevent SCD, a predisposing disease condition must be identified and early intervention provided.”

These medical interventions for high-risk individuals include medications, lifestyle modifications, and use of implantable defibrillators in a small minority of those affected.

Opponents of universal screening argue that it would be impossible to train sufficient clinicians to read the ECG results and that the test is cost-prohibitive. In the accompanying article in Circulation, Richard A. Friedman, MD, MBA, of Cohen Children’s Medical Center in Hyde Park, N.Y., contends that devoting scarce resources to a very rare condition using an inexact mass screening test costing billions of dollars is an unsound public policy.

Vetter responds that people can be trained to administer and interpret the screening ECG and that the cost per test is nominal. Furthermore, she says, gaps in evidence about the utility of ECGs for screening should be addressed by further research, rather than dismissing its potential value.

Cardiac screening for high school athletes does not include ECG, misses children not on school sports teams or younger than 14

Currently, cardiac screening is required in most states only for high school athletes prior to participating in school sports, but does not include an ECG. However, says Vetter, screening only high school athletes misses almost 48 million students who don’t participate in organized high school team sports or who are younger than 14 years of age. The failure to use an ECG decreases the number of true abnormalities identified.  “Activity increases the risk of SCA, and whether in an organized sport or regular play, activity is a constant in children and teenagers,” she added.

Under the Youth Heart Watch program, Vetter has led programs in the Philadelphia area for both clinic-based and community-based heart screenings in schools and recreation centers. She serves as the Chair of the Medical Advisory Board of Parent Heart Watch, a national network of parents to reduce sudden cardiac arrest in youth as well as on the NIH/CDC Advisory Committee the Sudden Death in Youth Registry. She recommends expanded data collection and large-scale scientific studies to establish the best practices in identifying children and adolescents at risk of SCD.