Researchers from Children’s Hospital of Philadelphia (CHOP) identified genetic differences in certain neuron subtypes that may affect proper bowel function. These findings could lead to the development of novel therapeutics for bowel motility disorders. The findings were published online by the journal Cellular and Molecular Gastroenterology and Hepatology.

Bowel motility disorders include conditions such as irritable bowel syndrome and gastroparesis. In these cases, problems in the gastrointestinal tract interfere with normal functioning of the bowels and result in symptoms such as impaired digestion, nutritional problems, pain and chronic disability. Proper bowel function requires the coordinated activity of a diverse series of neuron subtypes in the enteric nervous system, the system that controls the behavior of the gastrointestinal tract. 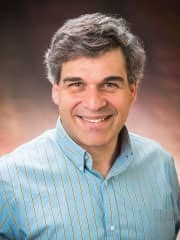 “Our findings provide the research community with new classifications for genes within the enteric nervous system that can impact bowel motility in a variety of ways,” said Robert Heuckeroth, MD, PhD, a pediatric gastroenterologist in the Division of Gastroenterology, Hepatology and Nutrition at CHOP, Research Director for the Suzi and Scott Lustgarten Center for GI Motility at CHOP, Irma and Norman Braman Endowed Professor, and senior author of the study.