In successful conversations, people tend to adjust their language and talkativeness to reflect the behavior of the person they are speaking with. However, these nuances of social communication can be difficult for individuals with autism. In a new study, researchers from the Center for Autism Research (CAR) at Children’s Hospital of Philadelphia (CHOP) found that children and teens with autism did not adjust their own level of talkativeness to reflect quieter social partners as much as neurotypical peers did, which may lead to less successful social interactions. The findings were recently published in the journal Autism Research.

While social communication seems to come naturally for most people, it’s a rather complex process that relies on continuously revising one’s behavior to fit the needs of a particular conversation, social partner, and environmental context. Someone might become less talkative when conversing with a social partner who is quiet and become more talkative with a chattier partner. Prior research suggests that people with autism struggle to adapt their behavior across social contexts, which can contribute to suboptimal social outcomes.

“In our study, we measured talkativeness to see whether verbally fluent children and teens with autism differed from their neurotypical peers on this metric,” said first author Meredith Cola, a research assistant at CAR and a clinical psychology graduate student at La Salle University. “By focusing on word count, we could objectively measure whether autistic and neurotypical peers adapted their behavior to fit their conversation partners.” 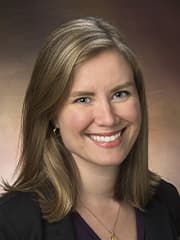 Julia Parish-Morris, PhD Based on these findings, the authors said that learning to adjust one’s talkativeness could represent a growth opportunity for verbally fluent autistic individuals and could be a valuable target for interventions that support social communication.

“Adjusting how we communicate depending on the behavior of the person we are talking to is an important skill that facilitates rewarding social interactions,” said senior study author Julia Parish-Morris, PhD, a research scientist at CAR and a faculty member in the Departments of Child and Adolescent Psychiatry and Behavioral Sciences and the Department of Biomedical & Health Informatics at CHOP. “Conversations – by definition – go both ways. When both conversation partners adjust their behavior a little bit to improve the flow, everyone wins. Noticing differences in how talkative your partner is, and adjusting your own talkativeness accordingly, is a valuable communication skill to have in your toolbox.”