Pediatric oncologists from The Children’s Hospital of Philadelphia (CHOP) have investigated techniques to improve and broaden a novel personalized cell therapy to treat children with cancer. The researchers say that a patient’s outcome may be improved if clinicians select specific subtypes of T cells to attack diseases like acute lymphoblastic leukemia (ALL) and lymphoma. 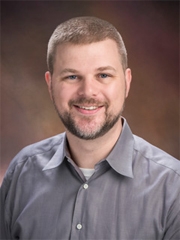 David M. Barrett, MD, PhD “Our main finding is that younger T cells are critically important in T cell immunotherapy,” said pediatric oncologist David M. Barrett, MD, PhD, at The Children’s Hospital of Philadelphia. “Collecting and expanding these cells could increase the number of children with cancer who could benefit from this innovative treatment.”

Barrett collaborated with Stephan A. Grupp, MD, PhD, and Jessica Perazzelli, both of CHOP; and first author Nathan Singh, MD, a resident in the Perelman School of Medicine at the University of Pennsylvania. Grupp has received national attention for his work in using reprogrammed T cells to treat children with relapsed or refractory ALL. The current research reports on insights and laboratory techniques that may advance this treatment.

The T cell therapy, developed with Barrett’s and Grupp’s collaborators at the Perelman School of Medicine at the University of Pennsylvania, is a form of immunotherapy — manipulating the body’s own immune system. Specifically, the scientists modify T cells, the workhorses of the body’s immune system, to attack B cells, other immune cells that become cancerous in specific cancers such as ALL. The researchers first extract a patient’s own T cells and reprogram them to hunt down and eliminate B cells after those modified T cells are returned to the patient.

Barrett and colleagues followed 50 child and adolescent patients in a clinical trial of B-cell cancers at CHOP, of whom 38 had ALL and 12 had non-Hodgkin’s lymphoma (NHL). The study team measured immune system markers and fully characterized their T cell populations once a month for six months following a patient’s initial diagnosis.

Scientists already knew that T cells evolve after they become active, but the current study fully characterized the T cell subtypes in the context of cell therapy. The study team found that early-lineage T cells, classified as either naïve T cells (newly minted cells) or stem central memory T cells (self-renewing, highly proliferative cells) were the most effective in immunotherapy. Those early-lineage T cells also expanded best in the laboratory, before they were returned to each patient for T cell therapy.

These findings, said Barrett, have the potential to change clinical management in T cell immunotherapy. “In newly diagnosed patients, it may be preferable to collect their T cells much earlier than currently done, before chemotherapy, or between chemotherapy cycles, instead of after a patient relapses,” he said. “We could keep the patient’s early-lineage T cells in reserve, in case the patient needs them later.”

In addition, the study team showed that adding the signaling proteins interleukin-7 and interleukin-15 to T cell cultures expanded stem central memory cells in samples from both ALL and NHL patients.

The study’s funders were the Leukemia and Lymphoma Society, Weinberg Funds, Cookies for Kids’ Cancer, and a Stand Up to Cancer-St. Baldrick’s Pediatric Dream Team Translational Research Grant.