Many people with cancer get diagnosed after experiencing multiple mysterious symptoms. But Nick’s father Philip says that finding his son’s cancer was “an oddity” because Nick’s symptoms were so mild. 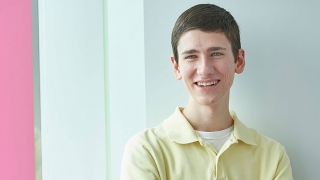 In the fall of 2015, Nick, 17, was competing as a rower on an eight-man crew team. As the winter approached, Nick began feeling some pain in his hips. After visiting an orthopaedist, Nick adjusted his rowing technique, and got through the spring season fine. His team even won a regional championship.

Then Nick began feeling pain in his quadriceps. This time, his family traveled from their home in Newark, DE, to Children’s Hospital of Philadelphia (CHOP), where Wudbhav Sankar, MD, Director of the Young Adult Hip Preservation Program at CHOP, examined him and ordered an MRI. Blood tests and a bone-marrow biopsy soon followed.

On June 3, 2016, the family received a diagnosis no one saw coming: B-cell acute lymphoblastic leukemia.

Nick began chemotherapy under the care of CHOP oncologist Charles Bailey, MD, PhD. During the summer of 2016, Nick made many trips to the clinic, but after three months of treatment, he wasn’t showing the anticipated improvements. Nick was determined to start his senior year of high school, and during the year when he couldn’t physically get to class, he would attend via FaceTime.

At home, Nick practiced photography and worked on his chef skills. “He’s big into food,” says his dad, Philip. “He cooks, he bakes bread. We made English muffins the old-fashioned way together, and he makes a great sourdough bread.”

“I like to revise recipes to make them healthier,” adds Nick. On hearing that, his dad laughs: “Everything’s always healthy!”

Because his cancer wasn’t responding to conventional treatment, Nick was a candidate for immunotherapy, an experimental treatment option for patients with treatment-resistant forms of acute lymphoblastic leukemia.

A patient’s T cells — a type of white blood cell — are reprogrammed so they can fight the cancer cells. In 2012, CHOP’s Cancer Immunotherapy Program treated the first pediatric patient with highly active cell therapy, and she remains disease free with no further therapy five years later.

In December 2016, Nick received the cell therapy. Like 90 percent of the patients treated on CHOP’s immunotherapy clinical trials, the engineered T cells drove his leukemia into remission.

After a few months though, further testing showed signs of the T cells waning. In March 2017, Nick received another round of immunotherapy. A few months later, the level of engineered T cells decreased again. A bone marrow transplant is being considered to treat Nick’s cancer.

Throughout Nick’s treatment, he made every effort to participate in extracurricular activities during his last year of high school. He was involved with the National Honor Society, yearbook, the psychology club, the literary magazine and more.

While cancer prevented him from attending several milestone school events — such as homecoming and prom — he was center stage for the final capstone event.

A year after his cancer diagnosis, Nick graduated first in his class and as valedictorian gave an inspiring speech to his fellow graduates.

It’s been a long road, and it’s not over, but the family feels fortunate.

“How blessed were we to be at CHOP at the right place and time for the leukemia to be detected so early,” says Nick’s mom, Maria. “Nick never missed a beat to finish high school on time and he did so as the top student he has always been.”

Next up is college to study biomedical engineering, and he’s doing that in pure Nick style: He was accepted to the University of Delaware with honors. 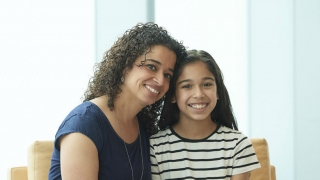 Planning a trip to CHOP? Find information about visiting hours, where to park, where to stay, how to prepare your child for a visit and more. 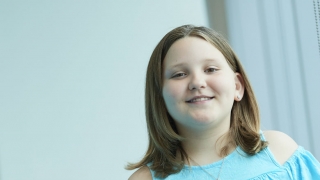 Our leukemia and lymphoma relapse experts will talk with you about whether the Cancer Center at CHOP is a good fit for your child and your family.