After multiple recurrences, it seemed Mitch had lost his battle with leukemia. But he and his parents refused to give up. They found an answer in an experimental immunotherapy at Children’s Hospital of Philadelphia (CHOP). Once saying his goodbyes to his friends, Mitch is now looking forward to life after cancer. 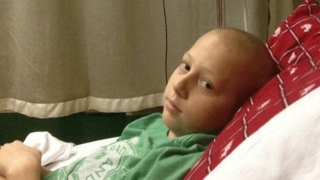 When he was 13, Mitch began to get sick frequently and to complain of pain in his legs. He was still running track and playing soccer, so he and his parents weren’t concerned at first. But the pain became so intense that his parents took him to the emergency room at their local hospital in Spokane, Washington. Not long after he was diagnosed with leukemia. The family soon learned that it was an aggressive form of acute lymphoblastic leukemia (ALL) tied to a chromosomal abnormality called “Philadelphia chromosome.”

What followed were years of treatment, and disappointment after disappointment. An 18-month regimen of intensive chemotherapy, followed by a bone marrow transplant, both failed to keep Mitch’s cancer in remission. He missed more than a year of school, spent months in the hospital, and ended up with significant damage to his gastro-intestinal system caused by graft-versus-host disease (GVHD), which is a risk of bone marrow transplant.

In November 2014, after Mitch’s second relapse, tests showed that his leukemia had progressed into his brain. His mom, Kari remembers the day like it was yesterday. “His doctor said, ‘Mitchell, we can buy you some time, but there’s nothing else I can do for you.’”

“He was not going to make it,” says Rob, Mitch’s father. “And the next day he went to school to tell his friends, ‘It’s OK.’ He knew they were scared.”

“It was a really tough time,” says Kari, “but none of us were ready to be done fighting. Especially Mitchell. Rob and I had seen the story of the very first child who had received immunotherapy at Children’s Hospital of Philadelphia. So I picked up the phone.”

Kari had been searching the U.S. government website that tracks clinical trials (clinicaltrials.gov). So the 2012 news reports of the Emily Whitehead’s positive response to an experimental treatment for relapsed leukemia had caught her attention.

In the type of leukemia Emily had, and the type Mitch now had, the cancer took over the body’s B cells. Normal T cells, a type of immune cell, don’t detect or attack the cancerous cells. In the experimental treatment Emily had received, T cells were collected from her blood and genetically reprogrammed in a lab to find so they could find and kill cancerous B cells.

By the fall of 2014, when Mitchell had his second relapse, the treatment was still in clinical trials, but CHOP was having success with a growing number of young patients.

Kari found the description of the Cancer Immunotherapy Program on the CHOP website, and called the number listed there. Mia Benson-Smith, MS, MSW, answered the phone. “She was so willing to hear my story,” says Kari. “She became my lifeline.” Benson-Smith is a New Patient & Second Opinion Coordinator in the Cancer Center at CHOP. She sent the screening documents for the clinical trial to Mitch’s doctor in Spokane and coordinated conversations with members of CHOP’s medical team.

Mitch wouldn’t have been a candidate for the trial a year before. Stephan Grupp, MD, PhD, the oncologist leading the study at CHOP explains: “We had treated a small number of patients with a very small amount of disease in their spinal fluid. But we hadn’t treated anybody with a large amount of brain leukemia like Mitch, because we thought it might be too risky. But we knew for sure there was no other possible treatment for him.” The trial had just been changed to allow patients with leukemia in the brain like Mitch. His GVHD was another complication. He would need to come off the medication for that before he could be considered for immunotherapy.

Kari continued to vigorously advocate for her son. She followed the steps needed to have him considered for inclusion in the trial, pushing Mitch’s doctor in Spokane to submit the required information and pulling all of the levers available to her to influence the decision.

Mitch was weaned off of the medication for GVHD, a risky step but one with a lucky outcome. He proved to be free of that condition. He started a new round of chemotherapy to keep the leukemia under control.

In March 2015, Mia Benson-Smith called the family to tell them Mitch had been accepted into the program. “That was the greatest moment of my life,” Kari recalls. But they still had an agonizing few months to go. Mitch’s T cells were collected in preparation for processing in the lab. His infusion with his reprogrammed T cells was planned for August 2015.

When they arrived in Philadelphia that summer, Dr. Grupp met with the family to explain the procedure and the risks, reminding them that the treatment had never been tried on anyone with the degree of brain leukemia that Mitch had.

Kari remembers that emotional conversation. “Dr. Grupp talked to us, then he spoke directly to Mitchell: ‘I have to give you one more chance to say no. I don’t know if you’ll survive this or, if you do survive, whether you’ll be the same kid.’ And Mitchell’s response was, ‘Will you be able to use my data even if I don’t make it?’ And he said, ‘Yeah Mitch, we’re going to learn a lot from you. But the reason we’re here is to save your life.’ He was crying. I was crying. He told me later that no one had ever asked him that before. In that moment I adored him. With all of the multitudes of physicians we have worked with, Dr. Grupp is one of a kind.”

Mitch got his first dose of reengineered T cells on August 14. He received the infusion, then was free to go with his parents back to their hotel room.

The family had been warned that Mitch might have a strong reaction to the treatment. As the T cells multiplied and attacked the leukemia, the affected areas were likely to become inflamed. That included his brain, and it was impossible to predict the consequences of that reaction. Sure enough, Mitch spiked a fever soon after getting the infusion, and was admitted at CHOP. A week later he started having neurological symptoms and was moved to the Pediatric Intensive Care Unit (PICU). He was in a coma for five days.

After all the effort she had put into getting Mitch the care he needed over the years, there was nothing more Kari could do. “I had to let it go. I knew we were in the very best place in the world for Mitchell at that time. Everything possible was being done to save him. It was a blessing that he was old enough to have been part of the decision making. That was a pivotal moment for us: to give all control to his caregivers.”

On the fifth day in the PICU, in the middle of the night, with Kari standing by his side and Rob at the foot of his bed, Mitch fluttered his eyes open and said, “Hi Dad.”

He was back. A week later, he walked out of the hospital. 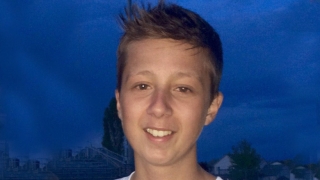 Mitch still had some recovery ahead of him. The inflammation in his brain had impaired some cognitive functions. He had some trouble speaking, he had to get his balance back for walking, and he had double vision. But Mitch’s progress was fast. “Watching him bounce back was like watching a child grow from age 2 to 17 in two weeks,” says Kari. He made huge advances every day.

Now in college, Mitch continues to make progress. His physical recovery from leukemia didn’t immediately erase the emotional toll it had taken. Through high school he had watched his friends mature and plan their futures while he felt stuck. The disease and its treatment left him small and frail in those years, and his bleak outlook left him angry and depressed at times.

“I’m still dealing with it,” he says. “I’m still afraid when I get a headache. Physically, I’m still trying to gain back the weight I lost. And in a way, I’ve had to jump from age 13 to 18. But the treatment changed my life. I’m a completely different person now than I was then. All emotional wounds can heal with time, and time has certainly helped me.”

Today, Mitch has been cancer free for nearly two years. His family and medical team are hopeful that he’ll remain that way, and will watch to see how he and other children who have been treated with CAR T-cell therapy respond as the years pass.