Two-year old Tommy likes to play in the mud. And it’s a special pleasure for his parents to watch him have fun in the dirt because it wasn’t always possible. Not long ago, mud, dirt, sand, or the water in a pond or at the beach would have made him very sick. 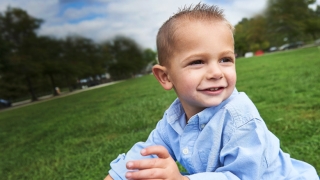 When Tommy was just a month old, he began to have health problems. A fever and rash were the first signs. Treatment with antibiotics didn’t work as expected. The sickness just lingered.

His parents took him to their local hospital in New Brunswick, NJ, where additional tests were done. He was found to have pneumonia in one lung caused by a staph infection. But knowing this source of his sickness wasn’t enough to improve his health. After two weeks in the hospital he was still sick, with a mass in the infected lung. Referrals were made to additional specialists for follow-up.

Finally, when Tommy was 4 months old, tests at Children’s Hospital of Philadelphia (CHOP) revealed the cause of his problems: chronic granulomatous disease (CGD). CGD is a relatively rare hereditary immune-system deficiency first identified in the 1950s. Fewer than 20 new cases are diagnosed each year in the U.S. People with CGD produce neutrophils, a type of white blood cell that can’t fight some types of bacterial and fungal infections.

In Tommy’s case, he was particularly susceptible to infections from fungus in mulch and other garden debris. He couldn’t go outside when anyone in the neighborhood was mowing their lawn. He would also get sick from ocean water. Any small cut or scratch would become infected.

A plan for treatment

Jeannette, Tommy’s mother, remembers how worried she was through Tommy’s first winter, as doctor after doctor searched for the cause of his health problems. And she clearly remembers the relief she felt when the medical team at CHOP not only identified CGD as the problem, but explained it to her and proposed a solution. Jennifer Heimall, MD, an Immunologist at Children’s Hospital, recommended a combination of prophylactic antibiotic treatment to minimize infections in the short term, and bone marrow transplant to enable Tommy’s body to produce the needed infection-fighting blood cells in the long term.

Genetic testing showed just how serious Tommy’s deficiency was — there was a mutation that led to complete deletion of a protein critical to the function of his neutrophils. That made the timing of the bone marrow transplant more urgent. Plans were made for the procedure to be done within a few months.

Family members were tested as potential donors, and Jenna, Tommy’s 8-year-old sister was found to be a perfect match. Jeannette remembers how happy Jenna was to be chosen for the donation. “She wanted to be the one who saved Tommy. She definitely understood then how sick Tommy was and how important the transplant was. But it’s only as she gets older that she’s coming to understand what she did for him.” Jenna made the donation at CHOP on August 27, 2014, with very little pain. Tommy’s bone marrow transplant was the next day. He was 8 months old.

“Tommy did great through the transplant.” Jeannette says. “And the medical team at CHOP handled it really well. They flew through the process.” Tommy stayed as an inpatient for about four weeks after his bone marrow transplant.

Getting back to normal life 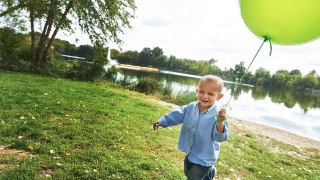 When Tommy was released from the Hospital in September, the family stayed at the nearby Ronald McDonald House in order to be close to the Hospital for ongoing check-ups. “That was a godsend,” Jeannette recalls. “The minute you walked in the doors you felt at home. The breakthrough for me came while we were staying there, in those first weeks after the transplant. I went home to get our two daughters ready for school while my husband and Tommy stayed at the Ronald McDonald House. He sent me a video of Tommy eating baby food again, and I realized at that moment that we were going to be OK. That we would get through this and our life would be normal again.”

Tommy and the family went home on Oct. 20, a little less than two months after the transplant. Tommy’s immune system was functioning normally without signs of CGD at a follow-up visit in March 2015. The CGD is gone, and he is no longer on any medications. He returns to CHOP every six months for follow-up.

“CHOP saved my son,” says Jeannette. “The amount of love they put into each and every one of their patients really shines through. It’s remarkable. Now we’re able to live a normal life. Before treatment, we couldn’t go to a park. He couldn’t play with other kids. He couldn’t play in the sand. We couldn’t go out to eat. The little things you take for granted that you don’t appreciate. Tommy is doing extraordinarily well now. We can go to the beach, play in the mud, just live life without limits.”