When Nicholas Trotto, then 13, was checked into the boards during a youth hockey game in December 2011, it seemed like a run-of-the-mill event — nothing particularly vicious. He went off the ice for a few minutes, then returned and finished the game. 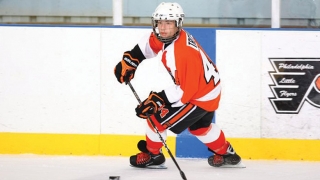 The hit caused a concussion so severe, Nicholas was out of school for more than three months and didn’t return to classes full time for nearly six months as his brain slowly recovered. Throughout his recovery, Children’s Hospital of Philadelphia was right by his side, with monitoring, treatment and advice.

“Our coach recommended Dr. Tina Master, and she was fabulous with Nicholas,” says Tracey Trotto, Nicholas’ mother. After reviewing his symptoms, Christina Master, MD, who leads CHOP’s Minds Matter Concussion Program program, prescribed a several days of brain rest, meaning no phone, no computer or electronics, no reading, no schoolwork. Because of the severity of his symptoms, he needed longer brain rest than most concussions.

CHOP worked with his school to arrange for a tutor to come to his home for one hour three days a week, with a focus on oral teaching not reading. Physical therapy helped with balance. Vestibular and vision therapy returned his eyes to the proper alignment, which helped relieve dizziness and his constant headaches.

He returned to school for a class or two at first, and added more time as his symptoms improved. In June 2012, he was back to normal and released from care. He returned to sports, too, although he took a year off from hockey. 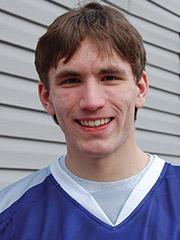 “It was difficult for all of us, but especially for Nicholas,” says Tracey. “He was very good about following the rules. He listened to Dr. Master, his physical and vestibular therapists and did what they said. Other people didn’t understand because you can’t see the injury. They’d say, ‘He’s still out of school?’ There wasn’t a lot of sympathy.”

Over time, the Trotto's have met more and more families with children who suffered concussions, some severe like Nicholas’. They have shared what they learned about concussions and what it takes to recover with youth sports coaches in Gloucester Township, NJ, where they live, with athletes’ parents to raise awareness and recommend CHOP’s Minds Matter program.

And when Nicholas was fooling around in the school hallway in November 2012 and banged his head on a locker, he came back to CHOP immediately. Luckily, this concussion was mild, and he needed only two weeks of relative cognitive rest before returning to normal activities.

That experience reflects a more typical pattern of concussion, Dr. Master says. About 80 to 90 percent of children with a concussion see their symptoms go away after a week or two, providing they rest their brain and ease back into activities.

For Duckea Harris, 12, a fall off her bike meant a trip to the CHOP Emergency Department.

“She flipped over and hit her head on the concrete,” her mother, Tranene, says. “I didn’t want to take any chances.”

The ED confirmed a slight concussion and sent Duckea to her pediatrician, Mary Fabio, MD, at the Nicholas and Athena Karabots Pediatric Care Center, for follow-up.

Dr. Fabio recommended brain rest and the Minds Matter Return to Learn protocol, which lays out a staged approach to recovery adaptable to meet each child’s specific needs. After a few days of total rest, Duckea began light cognitive activity — easy reading, a little TV — for a few minutes. Since her symptoms didn’t return, she moved to longer periods and more complex activities.

A week after her accident, she was symptom-free and ready for a half day of school, then full days.

“It was kind of boring for her,” Tranene says, “but we did what we needed for her to get better.”

Many — but certainly not all — concussions happen during play or sports. Any impact that causes the brain to shake inside the skull can cause a concussion, also called mild traumatic brain damage injury (mTBI). Any fall that results in a hard bump of the head, or even whiplash, can cause a concussion. Only about 10 percent of sufferers are knocked unconscious.

If you think your child may have suffered a concussion, contact your primary care pediatrician for an evaluation within one or two days of the accident.

Philanthropic gifts are vital to making breakthrough stories like this one a reality for sick children. With your help, we can provide innovative care, pioneering treatments and lifesaving cures to children … tomorrow and for years to come. 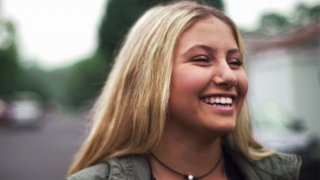 Sydney was sidelined by a brain injury during a soccer game. She’s now recovered and excelling at school thanks to CHOP.