A field hockey player since third grade, Josephine, 16, has long dreamed about competing at an NCAA Division 1 college. When she was diagnosed with Crohn's disease three years ago, she worried her intestinal condition would keep her off the field and from accomplishing her goal. 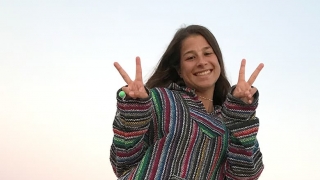 But thanks to her medical team at Children's Hospital of Philadelphia (CHOP), Josephine learned how to treat her disease, avoid intestinal flareups and treat them if they occur, and how to overcome her own fears and insecurities related to her gastrointestinal condition.

Today, the high school sophomore is committed to living her best life. She is being actively recruited by top Division 1 schools from around the country, and has verbally committed to attend Duke University as a member of the Class of 2025.

Josephine was in seventh grade when she began experiencing intermittent stomach aches and constipation. At first, she wasn't too concerned. But in June 2016, during a trip to Disney World with her grandparents, Josephine noticed blood in her stool and immediately called home to tell her mom.

In October 2016, pediatric gastroenterologists Steven J. Fusillo, MD, and Kristin N. Fiorino, MD, broke the news: Josephine had Crohn's disease, a form of inflammatory bowel disease (IBD) that may affect any part of the gastrointestinal tract. In Crohn's disease, an inflammatory reaction targets the body's healthy cells and signals the body's immune system to attack them. The inflammation can have a significant impact on a child's quality of life, causing abdominal pain, diarrhea, blood in the stool, an urgent need to empty bowels, and less common symptoms such as skin rashes, joint pain, fatigue and fever.

“I was actually relieved when I got diagnosed," recalls Josephine. "I was happy to finally know what was going on with me. It was all a little confusing, but my doctors at CHOP explained it so I could get better.”

Outwardly, Josephine didn’t look sick. Christine even recalls the surprised look on the technicians faces when Josephine showed up for procedures looking so healthy.

Christine can’t help but think that the healthy foods she'd always tried to serve her family over the years — coupled with Josephine’s love of vegetables — was paying off in unexpected ways.

“It could have been a lot worse if she wasn’t taking care of herself beforehand,” says Christine.

Hoping to help Josephine control her symptoms through diet, the family changed their eating habits to eliminate processed food and add natural foods. Christine even started making her own pasta and bread after consulting Josephine's doctors at CHOP.

While there is no one singular diet for Crohn’s disease, healthy eating may play a role in the treatment of the disease. There are also a few foods that should be avoided (like popcorn) because they may have difficulty passing through an inflamed, narrow area of bowel.

Giving up foods like chips, crackers, and — her favorite — popcorn, wasn’t as hard for Josephine as she expected. Nor was explaining her disease to her friends and dormmates at her college-prep boarding school in Pottstown, PA.

“It was live and learn,” Christine says of Josephine, recalling a few bad food choices her daughter made early on that resulted in a Crohn’s flare. “But that is all in the past.”

Josephine’s friends, teachers and coaches all know about her condition. Josephine still enjoys eating out with classmates but modifies her food choices — such as ordering her sandwich grilled, instead of fried — without any embarrassment. She also avoids lunch meat, and limits red meat.

Except for mild inflammation, Josephine is now basically asymptomatic, according to her mom. Both she and Scott, Josephine’s dad, are thankful their daughter's medical issues have never been too severe to begin with.

In addition to watching her diet, Josephine has also been prescribed medications, a locally-acting steroid, and antibiotics to address Crohn's symptoms. Currently, she's taking a non-steroidal anti-inflammatory drug and an over-the-counter daily probiotic. When she needs to, Josephine adds a laxative to her daily regimen to offset any constipation she may encounter from a food slip. Christine happily reports Josephine hasn’t needed MiraLax in more than a year.

Josephine continues to visit Dr. Fusillo every six months to ensure her disease is under control, and to monitor her medication levels. Josephine and her parents say they couldn’t be more grateful for the care and support they have received at CHOP.

“They're perfectionists. But it's working. ”

While Josephine is interested in math and science, she hasn’t decided on an academic path, or future profession. She feels confident Duke University will be a good fit for her. The few times she has been to the sprawling campus in Dunham, NC, she can sense a balance between academics and sports, which appeals to her as a competitive student athlete.

With her college decision behind her, Josephine says she “just has more time” to devote to playing field hockey. 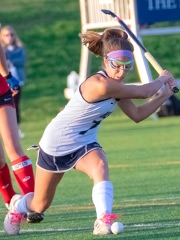 In April, she auditioned for a spot on the traveling team for the WC Eagles, a club team near her home in Schwenksville, PA, that she's been part of since sixth grade. If she is selected for the team this year, she’ll join them when they travel to Holland to compete in the Holland Cup. It would be her third trip abroad because of her keen field hockey skills.

Josephine is also looking forward to an overnight training camp for field hockey players this summer at Duke University in North Carolina.

“This disease has never stopped Josephine in any way,” Christine says.

Just months after Josephine was diagnosed with Crohn's disease, she played in the U14 Holland Elite Hockey Cup. And, in January 2019, she traveled to Croatia to compete as a junior member of the Women’s National Indoor Field Hockey Team.

Any time Josephine suits up, her jersey bears the number 7 in some way — a nod to her little brother whom she adores, 7-year-old Jack, whose birthday is Dec. 7.

Josephine has accepted that Crohn's will always be part of her world, but she refused to let her medical condition define her or interfere with her goals. Like any worthy opponent, Josephine takes on her health challenges by applying some of the best advice she's received from coaches: Work hard and be yourself.

“I take care of who I am,” Josephine says. 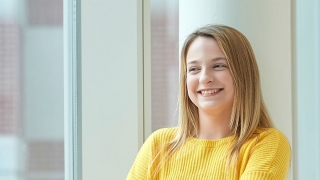 After receiving treatment at CHOP for IBD, Lacey is now a strong advocate for the need for more IBD research. 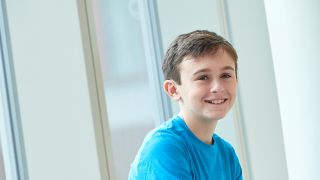 Skills on the Court

After an arduous journey to find an IBD treatment that worked, Eddie is able to focus on practicing his basketball technique. 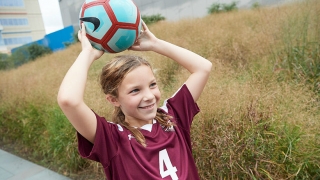 With her IBD symptoms under control, Gabriella has amazing energy. She enjoys swimming, dancing and playing soccer.