Hannah loves to work out — rowing is her favorite activity. So, when she was diagnosed with multiple sclerosis last year, she was afraid her fitness days were over. But with medication and care from the Pediatric Multiple Sclerosis and Neuroinflammatory Disorders Clinic at Children’s Hospital of Philadelphia (CHOP), Hannah is back in the gym and ready for whatever comes her way. 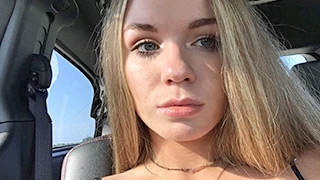 On a warm spring day last year, Hannah went for a long run. The effort left her winded and her legs tingly. Hannah, now 17, brushed it off, figuring her muscles were fatigued. But when the “pins and needles” sensation persisted over the next few days, she brought it up to some friends at school. They urged her to tell her parents. One even mentioned multiple sclerosis (MS).

“I Googled it and thought, there’s no way I have that. I can’t have a chronic illness,” Hannah remembers. She let a few more days pass before finally telling her parents. By then, Hannah couldn’t feel the bottom of one foot and was afraid her legs would give out. Her mother, Melissa, was alarmed. Hannah isn’t the type to complain, so she knew the numbness was serious enough to warrant a trip to the emergency room.

They drove to their local hospital, where bloodwork showed nothing unusual. The family was sent home with the recommendation that they follow up with Hannah’s pediatrician.

The diagnosis of multiple sclerosis

Hannah was examined by a nurse practitioner in her pediatrics practice, who thought Hannah might have injured a muscle while running, and recommended physical therapy to strengthen the muscles. Spring softball was about to start and Hannah agreed that PT would help her get ready for the season.

When Hannah arrived for her first PT appointment, the physical therapist suggested getting an MRI image of Hannah’s lower spine. This was followed by upper spine imaging, and a return for a third MRI, this time of her brain. With the results in, the pediatrician met with the family and told them that the scans revealed lesions on Hannah’s spine and her brain. The doctor recommended Hannah see a pediatric neurologist at Children’s Hospital of Philadelphia (CHOP).

“I thought she’d just sprained something or stretched something out too much and would heal from it,” Melissa remembers. “Never in a million years did I think it would be MS. It never crossed my mind. Ever.”

The next day, the family made the hour drive from their home in Quakertown, PA, to CHOP to see Sarah Hopkins, MD, MSPH, a pediatric neurologist and section head of CHOP’s Pediatric Multiple Sclerosis and Neuroinflammatory Disorders Clinic. The clinic was started by Drs. Amy Waldman and Gihan Tennekoon in 2010, and is part of the CHOP-PENN Age-Span NeuroImmune Program, led by world-renowned MS experts Dr. Brenda Banwell (Chief of the Division of Neurology at CHOP) and Dr. Amit Bar-Or (Chief of the Division of Multiple Sclerosis and Related Disorders at the Hospital of the University of Pennsylvania).

Staffed by pediatric and adult MS experts, the program provides cutting-edge research and clinical care for children and adults with multiple sclerosis and related diseases.

After a day of testing, Dr. Hopkins gave the family a definitive diagnosis of MS. So many thoughts swirled through Hannah’s mind. She didn’t know whether her legs would ever feel normal, or if she’d be able to work out again. She worried about how MS would affect her social life. She thought she had to give up softball.

“I had anxiety because I didn’t know what would happen,” she says. “I was scared of the future.”

Melissa says the team at CHOP answered the family’s questions and discussed treatment options for Hannah. With their input and after Hannah researched the different medications, Dr. Hopkins prescribed an interferon beta medication that Hannah administers herself by injection twice per month.

Back on track and living with MS

Shortly after starting the injections, Hannah’s anxiety — and her symptoms — began to subside. She found additional support and reassurance outside the clinic by connecting on social media with others who have MS. And she found that her diagnosis has not affected her workout routine, an activity that helps her relieve stress, stay fit and feel grounded.

“Being physically active means a lot to me,” Hannah says. “I find it helps with calming down and regaining confidence and sanity.”

Hannah also participates in a pediatric MS research study at CHOP. It was an easy decision to join the study, she says. She makes the trip to CHOP every three to six months and feels good about contributing to research that will help identify genetic and environmental risk factors for MS.

Her one regret is that she didn’t get help for her symptoms earlier, and would advise other kids experiencing unusual sensations not to wait before telling their parents.

“Don’t ignore it because I did that, and I feel like I should have gotten to it quicker because It would have saved me time and anxiety,” she says.