Oliver was a healthy baby. It wasn’t until his mother, Heidi, began introducing foods that Oliver started to have problems. Sometimes, Heidi recalls, Oliver would awaken from a sound sleep screaming. Other times, depending on the food, he would vomit for hours at a time, have bouts of diarrhea or develop terrible rashes. 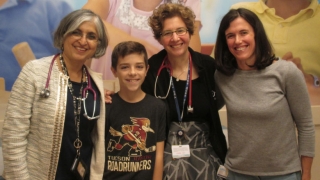 As Oliver got older, he would complain about dizziness. But because he never experienced any weight loss, his symptoms didn’t sound any alarms for his pediatrician. Oliver’s parents were always told their son was fine, but his symptoms continued. They were distraught and couldn’t figure out how to help their son.

The family tried everything, including cutting out the foods that appeared to bother Oliver. By the time Oliver was in kindergarten, the list of “bad” foods had grown to include all corn products, oats, rice, strawberries, carrots, beets, garlic, onion, raspberries, blackberries, peas, cantaloupe, honeydew melon and most beans.

When Oliver’s parents took him to a local allergist, tests results showed no sign of any allergies. They even tried a nutritionist, who after testing Oliver’s hair and urine, prescribed several vitamins and minerals, which Oliver took daily for more than a year with no sign of improvement.

As Oliver grew older, his food reactions became increasingly disruptive. At Halloween, he had to give all of his candy to his older sister, and at school birthday parties, he had to skip the cupcakes. Occasions that were supposed to be special were instead becoming traumatic.

“Oliver was feeling more left out and less like a normal kid,” Heidi recalls. “He started fearing and avoiding food. Going out to eat was so traumatic that we only did it when we were desperate. There were times where he tried a food only to have problems hours later.”

One of Heidi’s biggest fears was how Oliver would handle life away from his family – including camping trips with the Boy Scouts, one day living in a college dorm and eventually getting married. By the time Oliver was 11, his parents were starting to give up hope that he would ever be able to enjoy a normal diet. 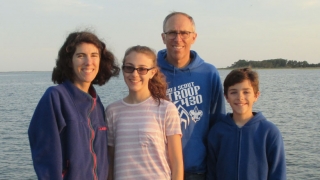 Everything changed in Feb. 2018, when Oliver was in fourth grade. A friend had suggested Oliver might have food protein-induced enterocolitis syndrome (FPIES), and the family decided to visit a gastrointestinal (GI) specialist at Children’s Hospital of Philadelphia’s (CHOP) Buerger Center for Advanced Pediatric Care. After evaluating Oliver’s symptoms, the GI specialist ruled out FPIES. She did, however, recommend that the family visit CHOP’s Food Reactions Clinic. When they made an appointment in Sept., it was the family’s last hope. Oliver was seen by Dr. Maria Mascarenhas, MBBS, pediatric gastroenterologist, Nutrition Pediatrician, and Director of the Integrative Health Program; Dr. Terri Brown-Whitehorn, MD, Co-Director of the Food Allergy Frontier program; and Amy Dean, MPH, RDN, LDN.

According to Heidi, when it came to meals, Oliver’s issues had become a family affair. So Oliver’s whole family, including Heidi, his dad, Steve, and his older sister, Katie, made the inaugural trip to Philadelphia from their Reading home. 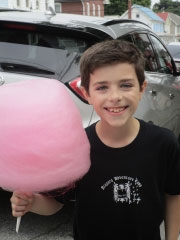 The Food Reactions Clinic at CHOP offers an integrative, multidisciplinary approach to caring for children with food reactions. Gastroenterologists, allergists and dieticians view each patient through a holistic lens and work together to take care of the patient as a whole. The Food Reactions team recognizes that food reactions can have a profound impact on all areas of a child’s life, and they understand that stress can make everything worse. They determine whether food is the actual problem and if so, which foods, and they ensure the patient is getting proper nutrition. There is still much to be discovered about food reactions, and the Food Reactions Clinic is actively recruiting patients to study suspected reactions that may help define some less known food reactions and new diagnostic tests.

Ultimately, the Food Reactions team diagnosed Oliver with unspecified food intolerance. Over time, they were able to arm Oliver’s parents with careful instructions on how to slowly reintroduce some troublesome food groups into his diet. In addition to learning about foods Oliver could eat, the family learned about good bacteria, set fluid intake goals and practiced relaxation techniques.

More than anything, Heidi says, the clinicians at CHOP listened to the family’s experience. And when they noticed that Oliver wasn’t happy during his initial visit, they switched gears and helped him realize that he was a regular kid who should never feel defined by his food issues.

Heidi and Steve believe this team approach was pivotal.

“We had three experts looking at Oliver and figuring out how to heal his body and his mind,” says Heidi.

“They really thought outside the box. They gave us hope and healing when others gave up on us.”

Oliver visited the clinic five times over the course of a year. Within three months of the family’s initial visit, Oliver was again enjoying corn, oats and rice. By March, Heidi was able to introduce other foods on his avoid list.

“It is so freeing to follow a recipe, not have to stare at every label, and be able to offer food to everyone in the family,” says Heidi. “Our family is indebted to the clinic. It has lifted the food stress and worry from our entire family.”

Oliver no longer has food restrictions, as long as he doesn’t overdo it. “I feel good,” says Oliver, who for the first time this year, was able to enjoy his bag of Halloween treats. And for his birthday in Nov., the only list on his mind is the one he’s made for presents. 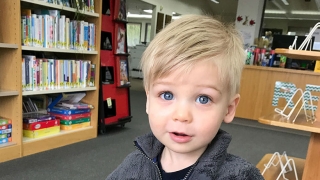