Samad was only two days old when his heart stopped — not once, but four times. When doctors couldn't find any structural reason for his sudden cardiac arrest, they transferred the baby to Children's Hospital of Philadelphia (CHOP) for a more in-depth analysis. 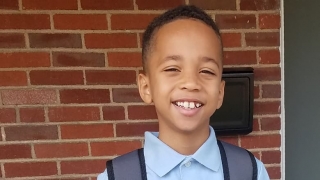 Thanks to the world-class care and expertise at CHOP's Cardiac Center, the cause of Samad's condition was determined to be genetic and doctors were able to provide treatment to keep him alive as a baby — and now thriving as a preteen with an implantable cardioverter defibrillator (ICD).

Samad was born by emergency C-section at a local hospital after his heart rate crashed while still in utero. While he appeared healthy at birth and passed standard newborn screenings, two days later he went into sudden cardiac arrest (SCA).

Local doctors had to revive him four times and recommended transferring the baby to a facility with special expertise in treating heart conditions in infants – a facility like Children's Hospital of Philadelphia (CHOP). Samad's parents, Kheli and Omar, agreed.

Long QT Syndrome (LQTS) is a medical condition resulting from an abnormality in the electrical system of the heart. Learn how it's treated and diagnosed.

Samad was transferred to CHOP immediately and sent to the Cardiac Intensive Care Unit (CICU), where the sickest babies with cardiac issues are monitored and treated. In the CICU, an expert team of cardiac specialists is always prepared to respond quickly to emergencies like cardiac arrest, which Samad had several more times in the next few days. Each time, the cardiac team worked quickly to revive and stabilize him, as they conducted additional tests to determine what was causing his heart to stop.

“Dr. Shah looked right at us and said, ‘I know what’s wrong with your son,’” Kheli says. Dr. Shah explained that based on Samad's medical history and the lack of structural defects in his heart, he had a severe form of long QT syndrome.

Long QT is a rare cardiac condition that causes an abnormality in the electrical system of the heart. Complications can range from fainting to seizures to sudden cardiac arrest. The condition can go undiagnosed for years before causing issues. A series of tests including electrocardiograms (EKGs) confirmed the diagnosis.

While most patients are successfully treated with medications alone such as beta blockers, Samad continued to go into a life-threatening arrhythmias despite treatment with medications.

In the CICU, life-saving shocks from an external defibrillator had to be administered multiple times to stabilize his heart rhythm in the first few days of his life. An implantable cardioverter defibrillator (ICD) was considered, but Samad was only 6 pounds when he was born — and had lost half of his body weight during his first week of life. In light of his small size and potential risk of ICD malfunction that may result in unnecessary painful shocks at such a young age, the risks of an ICD were deemed too high.

In the process of Samad'a evaluation, Dr. Shah discovered that Samad’s heart rate could be stabilized with the help of temporary pacing wires. Once his heart rate was stabilized with temporary pacing wires, he no longer went into cardiac arrest. Dr. Shah believed that implanting a permanent pacemaker was his best chance at survival. A permanent pacemaker is much smaller than an ICD and is used to regulate a patient’s heart rate but does not provide defibrillation shocks for arrhythmias.

His parents agreed to surgery to install the pacemaker. At 12 days old, Samad had his first open-chest surgery at CHOP. The next day, he looked significantly healthier and was more alert, but Kheli and Omar knew their baby was not out of the woods yet.

“I knew this had worked and he would be OK, but there was still so much uncertainty,” says Kheli. “Dr. Shah didn't give us false hope. She was always professional and straightforward: ‘This is what I know for sure, this is what I don’t know yet, and this is what I think is the best course.’ She always included us in the decision-making.”

Samad stayed in the hospital for approximately two months as he recovered, gained weight and built strength. He went home with an automated external defibrillator (AED) in case he went into sudden cardiac arrest again.

Since Samad’s condition was found to be genetic, the rest of his family was also tested for the disorder. To their surprise, both parents and Samad's older brother tested positive for Long QT syndrome. So far, they have not shown any symptoms of the disorder, but by knowing they carry the genes for electrical imbalances in their hearts, they can take preventative steps to ensure they stay healthy, including taking precautionary beta blockers for Samad’s brother. 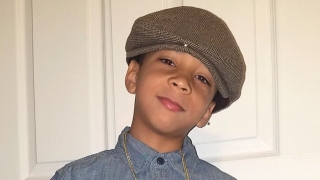 Samad continued to do well over the next few years, despite a series of febrile and hypoglycemic seizures — a common symptom of Long QT syndrome. Then in 2015, while playing with friends, Samad suddenly passed out. He was rushed to CHOP where doctors confirmed his heart had stopped twice.

In consultation with Dr. Shah, Samad and his parents decided to upgrade from his pacemaker to an implantable cardioverter defibrillator (ICD), which was placed by Cardiothoracic Surgeon Christopher E. Mascio, MD. Samad was older and stronger and Dr. Shah was confident that this was the right age for him to get an ICD. The ICD is a pacemaker, but can also detect dangerous heart rhythms and shock the heart back to normal.

Kheli appreciates that Dr. Shah and the rest of the CHOP medical team have always included them as equal partners in the decision making. As he’s grown older, Samad is increasingly included too.

“I trust the doctors there, especially Dr. Shah, so I do whatever they say I should. I get excited to go to the hospital, because I love the doctors. They are always so nice to me.”

Today, Samad can do most things his friends do. He must limit contact sports to protect his ICD — or as he calls it, his “ticker” — from damage. And he can tire easily, especially in hot weather. For fun, he spends a lot of time playing guitar and writing songs.

His physical challenges are minimized, but Long QT syndrome is still a scary condition for anyone, especially a kid.

Samad’s biggest long-term challenge might be understanding his condition doesn’t have to limit him or his future.

“I’m looking forward to him realizing his potential,” says Kheli. “Sometimes he doesn’t try things because he’s afraid of failing... but we all fail and most of his failures will have nothing to do with his heart. Our goal is to help him know he’s capable of doing these things and his heart condition doesn’t limit him.

"He has already been through so much; he is resilient," Kheli says. "He has to understand how brave he is so he can speak his truth and be himself.” 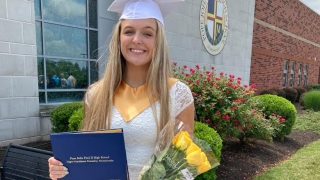 Coming Back after SCA

After a sudden cardiac arrest, 18-year-old Maeve is back playing softball — thanks to world-class treatment at CHOP. 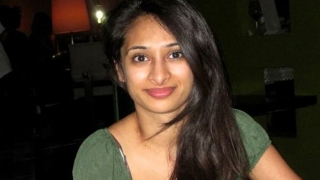