Published on Jun 26, 2019 in Cancer Connections

In November 2015, a week before his fifth birthday, Jake was diagnosed with acute lymphoblastic leukemia (ALL) by a Children’s Hospital of Philadelphia (CHOP) Care Network pediatrician in Media, PA. When his mother, Anjali, got the phone call with the terrible news, “At that moment the kids were outside, seeing who could run around the house the most times. I thought, how could this be?” she says. “I was just shocked.” 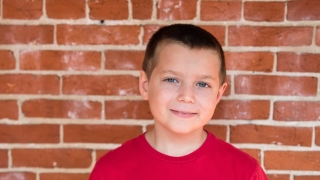 CHOP's Cancer Center helps families manage the extreme emotions caused by a child’s cancer diagnosis through its world-class, comprehensive, innovative psychosocial services. The program meets all 15 internationally developed Psychosocial Standards of Care, which the CHOP team helped develop. CHOP delivers psychosocial services at the highest possible level, and the program is a model for what integrated care looks like.

Anjali and her husband, Paul, were unfortunately all too familiar with ALL: For five years, Paul’s father had been battling the disease, which is much more common in children than adults. “We thought we knew the symptoms,” says Anjali. Jake’s symptoms, however, were mild. He and his older brother, Zachary, are so active that Anjali describes them as “bouncing off the walls.” But Jake had begun showing signs of fatigue: One evening he fell fast asleep at 5 p.m. He had bruises on his legs, but they seemed unremarkable in a playful and active child. Then Jake began getting low-grade fevers.

Paul became suspicious and suggested a blood test. “I said, ‘You need to calm down,’” Anjali admits. Nevertheless, for reassurance, they brought him to their pediatrician that day and received the diagnosis hours later. Anjali’s initial dismissal of Paul’s worries would haunt her.

The family brought Jake to CHOP’s Emergency Department, which had already been notified by the pediatrician. As with every newly diagnosed cancer patient, the oncology psychosocial team quickly met with Jake and his family soon after he was admitted and completed a comprehensive assessment. Each family’s entire psychosocial needs are addressed not only during treatment but afterward, too, since the psychological, financial and social effects of cancer can extend well beyond the treatment period.

The family’s oncology social worker, Chelsea Keeler, MSW, LSW, assessed the entirety of their situation, from emotional coping to practical concerns such as the parents’ work status and care needs for Zachary. Oncology social workers also anticipate and lessen the financial stress that often accompanies a cancer diagnosis.

A child life specialist Rebecca Rector, CCLS, explained the disease to both Jake and Zachary and helped them understand what would happen during Jake’s treatment. Jake developed close bonds with several members of the psychosocial team, such as child activity coordinator Erin Wojno, BA. “No matter how sick Jake is, he will make it to Miss Erin's play group,” reports Anjali. “She knows him so well! She always has a project that he will enjoy, such as making baking soda and vinegar volcanoes out of medical supplies or just mixing lots of paint together to make a big mess.” Visits from music therapist Mike Mahoney, MA, MT-BC, would cause Jake to light up, whether it meant an opportunity to play an instrument or two from the music cart or to just listen to “Music Mike” play a tune. Using the drums and electric guitar during his music therapy sessions helped Jake reconnect with memories of playing music with Zachary at home. Individual and group art therapy sessions helped Jake improve his emotional processing, sense of mastery and self-esteem. In one art session, he created a shield of bravery for himself, but the therapists also recognized his preference for messy activities, like squirting paint with syringes.

Because of this constant, high-level therapeutic support, Jake went beyond emotionally “managing” his time in the hospital. “He LOVES being in the hospital,” says Anjali. “To him, it is an exciting place where he gets to see old friends.”

While he was enjoying his newfound friends, Jake was undergoing intense chemotherapy, and he developed neutropenia, a drop in the level of white blood cells that fight infections. The family remained vigilant, but a very innocent-seeming activity — shopping for new school shoes — triggered a terrifying chain of events. Jake’s new sneakers caused a blister that became infected, requiring him to be admitted to CHOP in August 2016.

The psychosocial team had helped the family develop a childcare plan for Zachary for any time like this that Jake unexpectedly required hospitalization. Anjali and Paul were therefore able to spend as much time as possible at Jake’s bedside. “A few days into it, I noticed a mosquito bite on his leg,” Anjali recalls. “It seemed so strange. I pointed it out to the nurse, and a look came across her face. Within 15 minutes, at least 10 clinicians were standing around his bed.”

Jake had acquired an invasive fungal infection — a potentially fatal type never before seen at CHOP. “He was getting sicker and sicker right before our eyes, and we couldn’t do anything,” remembers Anjali.

“When we got the ALL diagnosis, it was serious, but we were quickly reassured,” she explains. “With the fungus, there was a lot of uncertainty, a lot of gray areas — a lot of ‘We don’t know.’” As a result, Anjali’s thoughts spiraled down: “I kept having this thought that I needed to sell our minivan because you don’t need a minivan if you have only one child.” Keeler’s support of Anjali and Paul was crucial. “She kept saying, ‘We don’t need to go there yet.’ She kept us in the moment.” Anjali describes the support she and Paul received from Keeler and the entire psychosocial team during this period as “a godsend” in helping them cope with their extreme fears and anguishing helplessness.

Jake’s care team used several tactics to fight the infection, and after about a week, he finally started to produce the white blood cells needed to fight the infection. But Jake’s recovery caused a new anxiety. His discharge would mean that Anjali and Paul would need to care for him at home. “I had lost all confidence in myself,” Anjali admits. “I hadn’t recognized the cancer or known the ‘mosquito bite’ was something serious. I wanted him to stay in the hospital where someone who knew what they were doing was watching over him 24/7.”

Keeler was the voice of reason. “She said, ‘This is what’s happening now, and you have to do it, and you can.’ It worked — and I was really mad at her at the time!”

As Jake’s treatment wound down, the CHOP team was there to help him adjust to re-entering normal life activities. Because his prior intensive chemotherapy can have neuro-cognitive effects, neuropsychologist Hannah-Lise Schofield, PhD, ABPP-cn, monitors his learning ability. Knowing that Jake missed a significant amount of school, Keeler located a grant for a summer reading program. As a result, Jake started school in the fall in the highest reading level.

“As a parent, it is such a blessing to know that my child's entire well-being is cared for by his medical team,” says Anjali. “We are so lucky to have so much support.”

In addition to his outstanding leukemia medical care, the close attention paid to the wide range of psychosocial needs experienced by Jake, his parents and his brother exemplifies how CHOP’s world-class psychosocial services team goes above and beyond to deliver the best possible outcome and quality of life for every family. 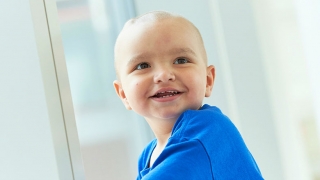