“There is no way you’ll be able to handle this." With those words, Giovanna Capuano’s doctor nearly destroyed her hopes for the future. 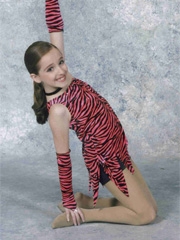 Seventeen weeks pregnant with her second child, Giovanna and her husband Louis had just learned that the baby she was carrying had spina bifida. The prognosis was likely dismal, given the traditional options for treatment.

The most common birth defect of the central nervous system, spina bifida is not usually fatal, but it can be nonetheless devastating. Through a failure of the spinal column to close properly, a portion of the baby’s spine and spinal nerves protrude from the back and are exposed to damage as the fetus grows in the uterus. The Capuanos’ doctor laid out a long list of potential effects: paralysis, dangerous buildup of fluid in the brain (hydrocephalus), cognitive delays and impaired bowel and bladder function.

The ultrasound study used to make the diagnosis showed more bad news: the spina bifida lesion was located high on the baby’s spine. Generally, the higher the level of the defect, the more severe the neurologic consequences. Given the negative spina bifida prognosis, the Capuanos were advised to consider terminating the pregnancy.

“They could not have told me anything worse,” recalls Giovanna.

Hope entered the picture when Giovanna’s brother happened to see a TV news story about the groundbreaking work in fetal surgery taking place at The Children’s Hospital of Philadelphia. Giovanna and Louis were able to see the news program for themselves and were inspired by the story of one of CHOP’s first fetal surgery patients for spina bifida repair. Almost immediately, the couple got in touch with the Hospital’s Center for Fetal Diagnosis and Treatment.

In the past, a spina bifida diagnosis meant surgery soon after birth. But Center Director N. Scott Adzick, MD, and members of the team had pioneered a surgical technique for repairing the defect while the baby was still in the womb — thus greatly improving spina bifida prognosis for patients.

Long years of meticulous research had led them to believe that early repair could save the developing spinal cord from months of further injury from the uterine environment — and possibly prevent or lessen some of the most devastating effects. Their theory was borne out in the cases they had performed on fetuses at CHOP beginning in 1998. By 2010, it would be confirmed in a groundbreaking national study, for which Children’s Hospital served as one of the lead centers.

Giovanna and Louis traveled from their Clermont, NJ, home to meet with the multidisciplinary team at the Center for Fetal Diagnosis and Treatment. There, Giovanna underwent an extensive evaluation, including advanced diagnostic imaging and a psychosocial screening to determine if her pregnancy met the carefully defined criteria for fetal surgery. It did. The Center team then provided the couple with information — lots of it.

“They spoke with us at length,” says Giovanna. “They explained the risks of the procedure, the complications that can arise and the medications I would need to take to avoid premature labor after the surgery.”

On March 16, 1999 — the day before her scheduled surgery at Children’s Hospital — Giovanna looked out the window and noticed “a rainbow from out of nowhere.” She and Louis took that as a good sign.

The next day, everything indeed went smoothly. The fetal surgery team, led by Dr. Adzick, opened the uterus and Leslie Sutton, MD, chief of Neurosurgery at CHOP, performed the repair on the baby’s spine. Giovanna’s womb and abdomen were then closed. She was just 24 weeks into the pregnancy.

Like many mothers who opt for fetal spina bifida surgery, Giovanna spent the next 12 weeks of her pregnancy at the Philadelphia Ronald McDonald House, where she remained on bed rest as directed by the CHOP team. The Center insists that patients stay in Philadelphia and take every precaution to prevent premature labor, one of the major risks of the surgery.

On June 8, 1999, Mia Lisa Capuano was born by planned Cesarean section. She weighed 7 pounds and showed no evidence of brain damage or impaired movement. While Giovanna had to remain in the hospital for five days to recover from the delivery, baby Mia was ready to go home in just two! Her delighted parents were soon able to introduce her to her big brother.

“She did remarkably, right from the beginning,” marvels her mother.

As she grew, Mia Lisa met nearly every developmental milestone on time. Although she was 2 before she walked independently, she hasn’t looked back since. In fact, movement is a huge part of her life: her great passion is dance, which she has studied since age 3. Now 11, Mia has full bowel and bladder control and has never experienced hydrocephalus, so has not required a shunt.

In 2010, she returned to Children’s Hospital for surgery to untether her spinal cord. A child’s spinal cord is meant to slide up and down freely within the spinal column as the child moves. In most children with spina bifida, however, the spinal cord is held in place by surrounding tissue or “tethered” so it cannot slide as it should. Children may have no symptoms from tethering or they may experience pain, loss of strength and difficulty walking, among other signs. Mia Lisa began to experience excruciating back pain and a loss of stamina.

Between 20 and 50 percent of children with spina bifida will eventually require surgery to relieve the problem. Children’s Hospital neurosurgeons are highly experienced in untethering procedures, as part of the comprehensive care the Hospital’s Spina Bifida Program provides patients as they grow. Giovanna reports that Mia Lisa is almost back to her full level of activity before the surgery — she recently participated in her seventh dance recital.

“She understands what could have been,” says Giovanna. “When she sees someone in a wheelchair, she wonders if they have spina bifida."

Giovanna and Louis understand, too, what could have been and how fortunate they were to learn about the Center for Fetal Diagnosis and Treatment and improve Mia's spina bifida prognosis.

“We can’t imagine where we would be without CHOP right now,” says Giovanna. “How do you ever repay someone for helping your child live a normal, more functional life?” 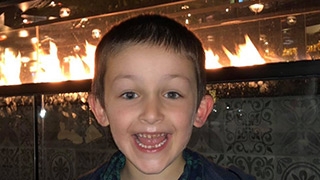 Doing Everything He Dreams

Six years after prenatal repair of spina bifida, Will walks continues to amaze his parents with all he can do. 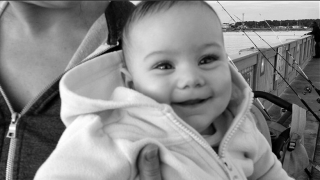 Everyone is drawn to Elliana, a happy 6-month-old. You'd never know she had fetal surgery for spina bifida before she was even born.