In early September 2000, 21 weeks into their first pregnancy, Mike and Katherine Mulligan of Cincinnati, OH, went for their first ultrasound. They were both excited, expecting to hear only good news. 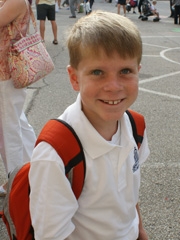 Instead, their hopes and dreams were dashed when they learned from the test that their unborn baby was diagnosed with myelomeningocele (MMC), the most severe form of spina bifida, a condition in which part of the spinal column doesn’t close around the spinal cord, exposing it to damage during fetal development.

“Our lives were turned upside down,” Katherine recalls.

Their doctor offered little hope as he explained the condition. Surgery after birth can repair the spinal defect, but the Mulligans learned that the spina bifida diagnosis meant that their baby was likely to suffer lifelong disabilities, including paralysis, bladder and bowel problems, hydrocephalus (excessive fluid pressure in the brain), and cognitive impairments.

And the treatment itself brought risks. To relieve hydrocephalus, surgeons can implant a shunt, a hollow tube that drains fluid from the brain into the abdominal cavity. However, shunts may become infected or blocked, often requiring a series of replacement surgeries over a patient’s lifetime.

“We were anticipating a very challenging road ahead of us,” Mike says.

A glimmer of hope 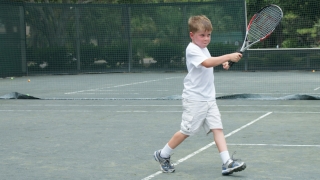 The Mulligans researched spina bifida diagnosis online and discovered the Center for Fetal Diagnosis and Treatment at The Children’s Hospital of Philadelphia, an internationally recognized leader in fetal surgery and fetal care.

Led by N. Scott Adzick, MD, Center team members had pioneered a surgical procedure to repair MMC before birth and had been performing it at CHOP since 1998. The CHOP team had found that addressing spina bifida diagnosis by operating on the baby in the womb — months before birth — could reduce the need to divert fluid from the brain, improve neurologic function and increase the likelihood that a child would be able to walk independently.

Those same results would later be confirmed in a landmark nationwide clinical trial that conclusively established the effectiveness of prenatal spina bifida surgery.

“For us it meant everything right there to try and do what we could to have a healthy, happy baby,” Mike says. “That was our total focus at that point.”

The Mulligans contacted the Center and less than a week after receiving the initial diagnosis, traveled to CHOP for an evaluation. After extensive testing and counseling about the risks of fetal surgery, Katherine learned that she qualified for the procedure.

Just days later, she became the Center’s 29th patient for prenatal spina bifida repair. Fetal surgeons made an incision in Katherine’s uterus and successfully closed the MMC while the fetus — weighing about one pound — remained in the womb.

“I still look back on the night before the surgery,” says Katherine. “They wanted us to meet one more time with all of the doctors that were going to be part of the team for the operation. We get into this big conference room with everybody, and you look at the brilliant minds that have developed fetal surgery, and what they’re capable of doing, and they’re all sitting there discussing it. I was just in amazement.”

After five days recovering in the Hospital, Katherine relocated to the Philadelphia Ronald McDonald House to spend the remaining 13 weeks of her pregnancy. The Center required that she stay in Philadelphia for careful weekly monitoring and to be nearby in the event of preterm labor — a risk of fetal surgery.

Katherine passed the long weeks in the company of her mother, as she anxiously awaited her planned Cesarean delivery around36 weeks. Mike traveled back to Cincinnati for work during the week, and returned to Philadelphia on weekends. 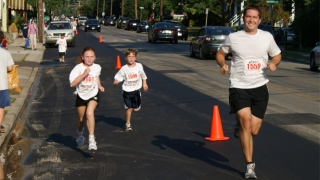 Dec. 28 is Mike Mulligan’s birthday. Dec. 28, 2000, was a birthday Mike will never forget because he shared it for the first time with his brand new son Sean.

Despite his initial diagnosis of spina bifida, the baby weighed a healthy 6 pounds, 7 ounces and had nothing more than a scar where his MMC had been.

“He came out kicking and screaming, so to speak, and he’s been doing that ever since,” Katherine says. After a week in CHOP’s Newborn/Infant Intensive Care Unit, Sean went home with his delighted parents.

Living life to the fullest

Sean, now 10, is in 4th grade. He does well in school, and participates in Cub Scouts, soccer, basketball, tennis and swimming.  But his greatest love is baseball — he’s a pitcher. He enjoys hanging out with his three younger brothers and hopes to start piano lessons soon.

Sean continues to be followed yearly through a spina bifida clinic near the Mulligans’ home, He has never needed a shunt and his bowel and bladder function are good. Had he been born 20 years ago, he would likely be in a wheelchair today.

“He’s awesome,” continues Katherine. “He runs, he jumps, he plays, he does everything he wants to do. You would not be able to pick him out from a group of kids his age as having spina bifida. What they did for his quality of life and ours is just absolutely incredible.”

“We all face challenges in life, but it’s wonderful when science and medicine come together to make life better,” Mike says. “That’s exactly what happened with Sean. The team at Children’s Hospital is phenomenal. Everyone comes together in this program — and you need that to have the very best outcome. I can’t say enough good things about CHOP — we’ll never forget it.”